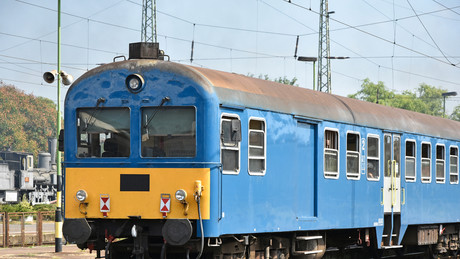 A transport car is said to have tried to cross a level crossing despite a red traffic light. There was a collision with a train. The incident happened near the Serbian border.

Five people died in Hungary early Tuesday morning after a transport truck collided with a train. This was reported by the Hungarian police. In addition to the fatalities, there are said to have been more than ten injuries.

More on the subject – After plane crash: No survivors found

The accident happened at a railway crossing in the city of Mindszent in the south of the country, on the border with Serbia.

As announced by the state-owned Hungarian railway company, the fatalities are those who were on the transport vehicle at the time of the accident. There were 22 passengers on the train. Two of the passengers were seriously injured and eight escaped with minor injuries.

According to the railway company, the accident is said to have occurred because the transport vehicle tried to cross the crossing despite a red traffic light.

The police of the Csongrád-Csanád district announced that they had completely closed the affected section of the road in order to carry out an investigation and rescue work.

Local officials later explained that the truck was registered in Hungary and was carrying workers.

More on the subject – Belgium: Car drives into crowd at carnival event – ​​five dead, many injured