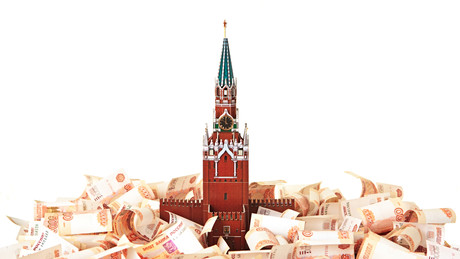 Russia’s external surplus could reach an all-time high this year, economists expect. Due to expensive oil exports and pressure on imports into the country, the volume could reach $200-300 billion.

They pointed to important factors behind the inflow, such as the increase in the value of Russia’s energy exports and a drop in goods imports to Russia by up to 50 percent.

Hydrocarbon exports, the main driver of Russia’s current account surplus, still look optimistic, according to the Institute of International Finance in a report obtained by RBK.

According to a Bloomberg analysis, Russia will generate an estimated $321 billion in energy export revenues in 2022, up more than a third from the previous year. And this despite the enormous discounts that the country is currently giving its buyers. Russia’s Ural oil averaged over $89 a barrel in March, up 40 percent year-on-year, Russia’s Treasury Ministry said last week.

According to the Institute of International Finance, the number of oil tankers in Russian ports awaiting departure is only slightly lower than in the same period of previous years. Data from TankerTrackers, a company that tracks the movements of oil tankers around the world, shows that Russia still exports about three million barrels of oil per day by sea.

More on the subject – Analyst: Gold backing for rubles could prove to be ‘game change’