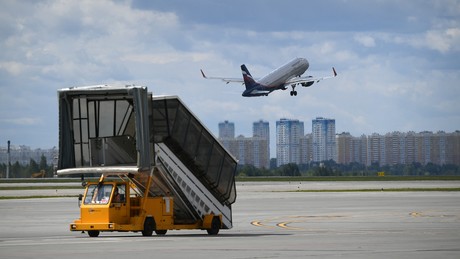 Russia will lift pandemic-related restrictions on air travel with 52 countries starting next Saturday, Prime Minister Mikhail Mishustin announced on Monday. The reason for this is a decline in the number of corona cases.

Regular international air traffic in Russia is scheduled to resume on April 9, Prime Minister Mikhail Mishustin said. The reason for the lifting of the corona restrictions is the falling number of corona cases, according to Mischustin. “The incidence is declining, so it’s time to expand the destinations available for Russian airlines,” the Russian prime minister said on Monday. Russian airlines are currently only allowed to fly to 15 countries without restrictions.

The 52 countries that will be served again include Argentina, India, Iraq, China, South Africa, Turkey and other “Russia-friendly countries”. Also on April 9, Russia’s land border with China will be opened for the exit of Russian citizens and the entry of foreigners.

On Monday, the crisis team reported the lowest number of cases since June 2021. A total of 15,291 corona cases were registered nationwide in the past 24 hours. The numbers in Russia have been gradually declining since mid-February, when up to 200,000 new infections were registered per day.

More on the subject – Lavrov: Citizens of “unfriendly” countries will be banned from entering Russia