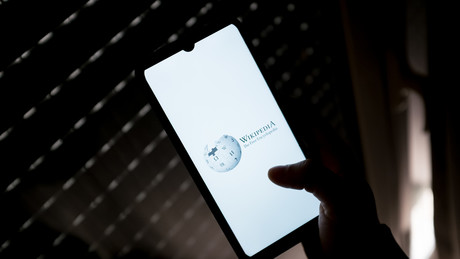 The Russian media regulator has asked the online encyclopedia Wikipedia to remove content containing “unreliable information” about Russia’s actions in Ukraine and the actions of the Russian military, at the request of prosecutors.

The Russian media regulator Roskomnadzor published a corresponding request on Telegram on Tuesday. Accordingly, it is about content that spreads “unreliable, socially significant information” about Russia’s actions in Ukraine and the actions of the Russian armed forces. The authority accused the online encyclopedia of depicting an exclusively anti-Russian interpretation of the events. There are complaints about the articles “Battle for Kyiv (2022)”, “War crimes during the Russian invasion of Ukraine”, “Bombardment of a hospital in Mariupol”, “Destruction of the Mariupol Theater (2022)” and “Massacre in Bucha”.

The media regulator asked Wikipedia to remove such content. Otherwise there is a fine of up to four million rubles (around 43,500 euros). Roskomnadzor had repeatedly warned Wikipedia of a possible blocking. Due to fears of a ban, the Internet archives in Russia are currently being downloaded more and more. For example, downloads of the program Kiwix, which allows Wikipedia to be read offline, increased 50-fold in the first days of March, a company representative told the Russian newspaper Kommersant.

More on the subject – Russia: Newspaper Novaya Gazeta, which is critical of the Kremlin, temporarily stops working