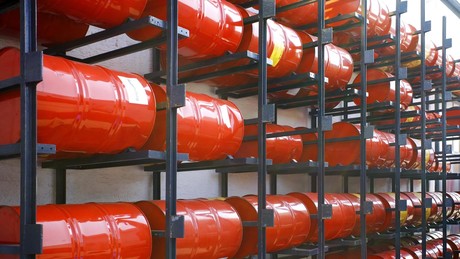 Washington has been trying for years to pressure Europe to import fewer fossil fuels from Russia. But the US itself increased its oil imports from Russia last week, according to Russian officials.

The United States has cut oil imports from Russia by 43 percent despite the dramatic escalation in tensions with Russia over the Ukraine war over the past week, according to Deputy Secretary of the Russian Security Council Mikhail Popov in an interview with the Russian newspaper Komsomolskaya Pravda or 100,000 barrels per day.

Washington has forced Europe to enact anti-Russian sanctions while itself expanding some of its trade with Russia, the Russian official noted. Popov warned Europe to be ready for similar “surprises” from Washington:

“Moreover, Washington allowed its companies to export mineral fertilizers from Russia as they were recognized as essential commodities.”

Cui Heng, a researcher at the Center for Russian Studies at East China Normal University, told the Chinese newspaper Global Times that the US is guided in its relations with Russia by two principles: on the one hand, Washington is about undermining Russia’s political system, on the other hand, the US is also guided by pragmatic national interests. Cui stated:

“Out of a need to confront Russia ideologically, the US is courting allies to sanction Russia, while out of necessity, the US is buying Russian energy at a cheaper price and selling it to Europe at a higher price to In the end, Europe becomes a victim – European wealth flows to the US and helps cement the dollar’s lead over the euro.”

According to an official directive from the US Treasury Department, from April 22 oil and natural gas imports from Russia to the US should no longer take place.

Russian Deputy Prime Minister Alexander Novak had warned that abandoning Russian oil could have catastrophic consequences for the world market. The price of a barrel could rise to $300 or more, the Russian official said.

On Thursday, Washington decided to release 1 million barrels of oil a day from the US national reserve to the market for a month to combat the price hike. In addition, US President Joe Biden called on the US oil companies to speed up their production.

More on the subject – Russia sanctions: BASF boss warns of “destruction of our entire economy”