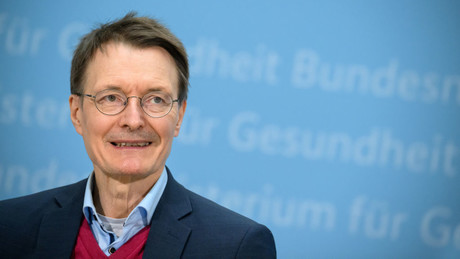 The recently announced plans by the Minister of Health that people infected with Corona will no longer have to go into isolation from May will not come into force. Karl Lauterbach takes back the rule he was aiming for and also admits a mistake.

According to the Minister of Health, the voluntary isolation of corona infected people planned for May 1st should not exist after all. A shortened isolation of five days should remain. Karl Lauterbach personally announced the corresponding reorientation late Tuesday evening on the ZDF program Markus Lanz. Lauterbach explained to the audience of millions that he had made “a personal mistake” in the overall assessment:

“This point, that the infected people isolate themselves and are no longer asked by the health department, I will collect again.”

Lauterbach received the award at the beginning of the week “Golden Blogger 2022″ for his Twitter account. The reason given was “the increasing professionalism of political communication”. The minister also announced in his tweet on Tuesday night:

“The mistake was mine and has nothing to do with the FDP or relaxation. It was about relieving the health authorities.”

As a guest on the talk show “Markus Lanz”, Lauterbach irritated with his details both about his withdrawal and about the individual responsibility of the citizens:

“… that would also make sense, then the health authorities would have more time to do something else, to do something more meaningful (sic!). They had also asked for it. But the signal that assumes that someone who is isolated , which then decides for itself whether he stays at home or not, it’s so negative, so devastating, although it can’t be controlled, that at that point you had to make a change.”

Lauterbach also described his view of a threatening symbolism, through his originally communicated new measures. The Minister of Health “believes” that the now revoked order “would help the health authorities”,

“But the symbolic damage, Corona is no longer so dangerous, is so devastating that you can’t do this isolation regulation… As a minister, you also have to be able to correct things that didn’t go well.”

Although the health authorities had emphatically asked him to enable corresponding relief, “the message that goes along with it is the message that Lauterbach has played it down (the danger posed by a corona infection), and that does more harm than overloading the .. .” At this point, moderator Lanz interrupts him and adds for Lauterbach: “Error to say it like that.”

Lauterbach had been severely attacked in advance on social media regarding the announcement of an upcoming new isolation rule from May:

The planned relaxation of the quarantine rules was based on a proposal by the Federal Ministry of Health and the Robert Koch Institute. The federal government, and especially Minister Lauterbach, was then accused of pursuing a policy “that endangered human life.” The accusation of the president of the social association VdK, Verena Bentele, was for example:

“The protection of risk groups apparently no longer plays any role in politics.”

The Lauterbach accidents in four months are like a political pile-up: First the alleged vaccine dose drama, then the recovered status, screwed up compulsory vaccination debate, back and forth about “Freedom Day”, fourth vaccination shot, incorrectly summarized studies, now quarantine.

With this back and forth, Minister Lauterbach is once again the focus of criticized “going it alone” and poor communication channels, based on his groundbreaking backtracking in a talk show. The NachDenkSeiten Leave a Comment to this cause:

“It’s amazing how this minister communicates. The conference of health ministers agreed on the new rules on Monday and Lauterbach explained afterwards that the health authorities hardly control them anyway. The federal states are therefore already implementing the decision and have it officially and announced based on adapted RKI specifications. Now the minister is coming around the corner with a U-turn on TV, probably driven by his disappointed fans on Twitter – they apparently have more policy competence than the chancellor.”

Lauterbach pointed out on Tuesday evening on ZDF that the Federal Ministry of Health would announce further statements on the new change this Wednesday.

More on the subject – Test center fraud in Berlin: the total damage from the suspected cases is around 24 million euros