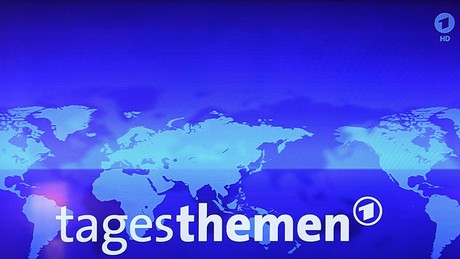 It’s great that you dared to sit in front of a big camera in the TV studio and speak to millions of people. And that you’re already so interested in what’s going on in the world. That’s a good curiosity to nurture.

I was interested in politics from a very early age. When I was a little younger than you are now, a war that I saw on TV ended. That was the Vietnam War. The Americans dropped many bombs and chemicals on Vietnam and killed a lot of Vietnamese because they didn’t want communists to rule there. In the end they left Vietnam very quickly and in panic, similar to how they left Afghanistan last summer (which you must have seen). Not only the Vietnamese, a lot of people all over the world celebrated it back then because they thought it was terrible what the big and rich United States were doing in the small and poor country in Asia.

It was particularly bad with the chemicals. They were called Agent Orange and were used because the Vietnamese who were fighting the Americans were hiding in the woods and this poison caused the trees to lose all their leaves. But Agent Orange was so toxic that the people who came into contact with it not only often became seriously ill themselves, but also had children who were born seriously ill. That’s particularly mean because it’s still happening today, and that’s the grandchildren.

So you see, you’re right, children’s rights are important, and war is particularly bad for children. But the people who helped you and who work in this newsroom every day left you pretty much down. Well, not only you, but also all other viewers, but especially you. They only half told you a story that is pretty central to you.

You are probably aware that adults lie too, and that they are often more clever than children. A very common form of lying is simply leaving out important parts. Sometimes they believe half the story themselves, sometimes they care more about getting paid well; you don’t really care. But the whole story about the war in Ukraine is not as simple as the news on Kika tells it.

It’s a bit like two boys sitting across from each other at a table and arguing. One kicks the other in the shins under the table and the other then smacks him over the table. Then what does the person who started the argument do? He howls loudly and says how angry the other guy is that he starts a fight, everyone saw him slap him in the face. And if you don’t know the two boys exactly, then you believe that and get mad at the one who slapped the other.

There was this kick in the shin, and the table in this case is the newsrooms that just don’t report some things. Because there has been a war in Ukraine for eight years, not just since February. It wasn’t Mr Putin who started it, but a man named Turchinov, who himself came to power through protests, not through elections. You were only four years old then, you can’t even know that. In any case, he sent tanks and planes to an area of ​​Ukraine where people had different opinions. And in this war since then many children have died or lost arms or legs or their parents.

In Ukraine there are people who speak Ukrainian and people who speak Russian. That shouldn’t really be a thing, right? Think of Switzerland, which has four different languages: German, Italian, French and Romansh. There are schools and television and radio for all four languages, and no one is misunderstood for speaking Italian and not German. You’ve probably heard that before. Actually, Ukraine has more languages, namely Hungarian, Polish, Bulgarian, yes, even a little German, because many different peoples have come there throughout history. However, the two largest languages ​​are Ukrainian and Russian, and there is even evidence that more people there speak Russian than Ukrainian when conversing.

Back when you were four years old, a government came to power that immediately wanted people to stop speaking Russian in Ukraine and that schools should no longer be allowed to teach in Russian either. She also represented (and still represents) the idea that everything Russian is bad and evil anyway. The people in the region called Donbass didn’t want that because they feel like Russians and don’t think they’re bad or evil because of it. So they protested.

And then Mr. Turchinov sent tanks and planes and rocket launchers and soldiers to stop these protests. Of course, the people in Donbass resisted. In fact, they fought back really hard because they were afraid that people who think they’re bad because they’re Russians just want to kill them. And this fear was not without reason, because other bad things had happened before. But they were so bad that I think you should get a little older before you watch them. In two years maybe. Then look on the internet for Odessa, May 2, 2014.

Of course, there were attempts to end this war. There was even a treaty for which Germany shares responsibility, called the Minsk Agreement. He should ensure that people who speak Ukrainian and those who speak Russian can live together peacefully in one country again. But the government in Kyiv wanted nothing to do with it. The contract said they had to talk to the people in Donbass directly, and they didn’t want that.

By now you have probably already experienced how a dispute is resolved and you know that the two quarrelsome people have to talk to each other because otherwise it won’t work. The Germans and the French, who are, let’s say, in history something like Ukraine’s big brothers, could have made sure that the little brother talked to his opponent, but they didn’t do it. Even when Russian-language schools and television stations were banned altogether, they said nothing. And then in mid-February the little one started kicking his shins under the table again. Repeatedly and with force. Translated, this means that in mid-February over a thousand rockets and grenades were fired at the Donbass region every day; and people have died as a result, including children.

But the Donbass also has a big brother. That’s Russia. He has repeatedly tried to make it clear to the big brothers of the other, Germany and France, that they should teach the little one reason and that he finally has to make peace. But they didn’t listen. The little one, that is Ukraine, even said that he wanted to arm himself heavily, and the big brothers didn’t say anything against that either.

On a real-world scale, that means the President of Ukraine has declared that he wants nuclear weapons. However, it is forbidden anywhere in the world for a country that does not yet have nuclear weapons to build them. These weapons are particularly dangerous because they can start a war that no human may survive, and a country that seeks to acquire them is more often than not punished for doing so.

That was the moment when big brother Russia had had enough. And people are still acting as if the eight years of war didn’t exist, during which schools and kindergartens were shot down and children had to suffer. Ukraine has also signed the Convention on the Rights of the Child. But imagine if you had to spend almost every night in a cold and dark basement since you were four years old! There are many children in Donbass who feel the same way. When these children draw pictures (I’ve seen a lot of them), the only thing they wish for in these pictures is peace!

Don’t you think it’s nasty if you’re not told all this? You could always have said that more war is not the solution, or that Germany and France should ensure that all children in Ukraine can live in peace. Or maybe you would have stuck with your opinion anyway. But to sit in front of a TV camera and only tell you half the story beforehand just to get you to say the sentences they want and taking advantage of the fact that you look so young and innocent, that’s mean.

The fact is that at the moment Germany is doing absolutely nothing for the children in the Ukraine. It would be good for them if the war was over, including the one in Donbass. But for that, someone like Mr. Scholz would have to say a few clear words about Mr. Zelensky, who is now the President of the Ukraine. Tell him, for example, that it is not okay to consider some people in a country to be better and others to be worse just because they speak different languages. Or even start a war because of it. That means no more kicks under the table top. Mr. Scholz could do that because a lot of money goes from Germany to the Ukraine. But instead of making it clear to the brawler that it doesn’t work that way, he pats him on the back. Germany sends arms to Ukraine.

And when Mr Scholz was in Russia for the last time, that was very shortly before the bigger war in Ukraine started, and Russian President Vladimir Putin said what people in Donbass fear, Mr Scholz laughed. But Mr. Scholz is Chancellor, so he also knows a lot of things that don’t come in the news programs, and he was a grown-up a long time ago in 2014. He can’t pretend he’s never heard of it.

That was nasty, that laugh, because the children in Donbass really died or really lost their parents, and with his laughter Mr. Scholz showed that he doesn’t care. But because many years ago, in the Second World War, when the German army invaded Russia – then in the Soviet Union – there were an enormous number of dead and more than a thousand cities were destroyed, the people in Russia didn’t find it funny at all.

Now Herr Scholz is doing really crazy things that are supposed to punish Russia, but which will ensure that we can no longer heat our homes here and we have less to eat. That doesn’t make anything better for the children in the Ukraine, it only makes a lot worse for the children here, especially for the poor children. Then no children’s rights, which are in the Basic Law, will help. The only thing that helps is behaving differently, acknowledging who kicked whom under the table, and then ending the war.

So if you’re ever invited back to comment on the news, be sure to bug the editors and ask them to tell you the whole story. Then and only then can you be sure that they will not use you to help them make things even worse for the children here as well as in Ukraine, including Donbass. But I think you can do it.