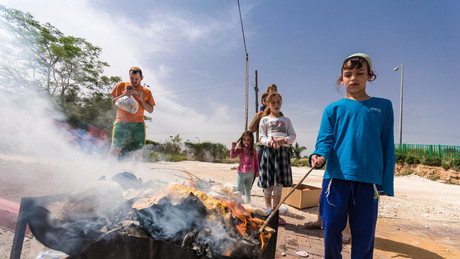 A member of parliament from the ruling party Jamina surprisingly left the coalition. This means that Bennett’s alliance no longer has a majority. The trigger for the dispute was the question of whether leavened food (chametz) could be taken to hospitals during the Jewish Passover festival.

A member of parliament from the Israeli ruling party Yamina surprisingly left the coalition. A spokeswoman for Silman confirmed on Wednesday that coalition leader Idit Silman had written to Prime Minister Naftali Bennett. This means that Bennett’s alliance loses its wafer-thin majority in parliament.

A spokeswoman for Silman confirmed on Wednesday that coalition leader Idit Silman had written to Prime Minister Naftali Bennett. This means that Bennett’s alliance loses its wafer-thin majority in parliament.

The new government under Bennett was sworn in in mid-June last year. With this, the long-term political crisis in Israel, with four elections within two years, came to an end for the time being. The coalition was supported by a total of eight parties from the right to the left spectrum – including an Arab party for the first time.

According to media reports, Silman resigned over a dispute over religious matters. The issue was whether or not leavened food (chametz) could be taken to hospitals during the Jewish Passover festival. Opposition leader Benjamin Netanyahu spoke of a “courageous decision” by Silman.

However, the step initially has no concrete direct effects. It is also unclear whether the government will fall in the medium term because of this or not. Israel’s parliament, the Knesset, is still in session until May 8th. Only then could the opposition initiate a constructive vote of no confidence in the government. However, even after Silman’s resignation, the opposition does not have the necessary majority for a no-confidence vote – they would need at least 61 of the 120 votes for that.

The constructive vote of no confidence would also have to include the name of an alternative candidate to form a government. There is currently no candidate who could gather a majority behind him.