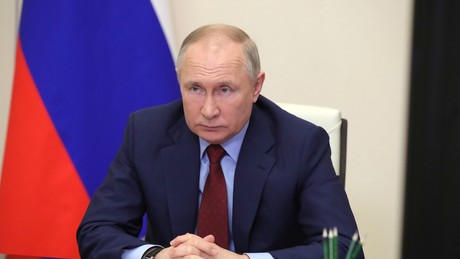 The Russian President has warned the West against nationalizing Russian property. He emphasized that such measures are a “double-edged weapon” that could also harm the West.

The nationalization of assets is a double-edged weapon, Russian President Vladimir Putin said at a government meeting. He was responding to a suggestion by some Western countries to confiscate his country’s property abroad. The head of state warned the West:

“We are already hearing announcements from some officials about the possible nationalization of some of our assets. Well, that can be taken very far. We should not forget that this is a double-edged weapon.”

Putin pointed out that the situation in the global energy sphere has significantly deteriorated as a result of “crude and non-market-conforming actions” by foreign partners, including increasing pressure on Russian energy supplier Gazprom. He accused European countries of trying to “shift the blame for their own economic and energy failures on Russia.”

Last Thursday, the Russian President signed a decree requiring countries that have imposed sanctions on Moscow to pay for gas in rubles. The Kremlin warned that a refusal to adjust would mean the end of energy supplies. Moscow insists it has been given no choice but to switch to its national currency on exports, as the US dollar and euro could be “taken away”.

On Tuesday, the federal government announced that it had taken over a local branch of Russia’s Gazprom and described this as “urgently necessary”. Last week, Bloomberg revealed that the UK government plans to nationalize the company’s local retail arm.