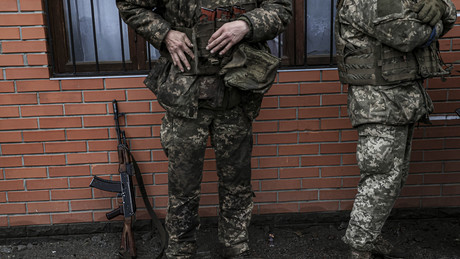 RT has obtained a recording of a phone conversation allegedly between SBU employee Ruslan Bondarenko and a man named Igor on April 5. In it, the men discuss plans to kill civilians for helping Russian troops.

RT has obtained a transcript of a phone conversation that took place on April 5 between an agent of Ukraine’s SBU, Ruslan Bondarenko, and a man referred to in the conversation as Igor. The men discuss plans to kill civilians in Chernihiv Oblast who are said to have collaborated with Russian forces while the area was under Russian military control. The phone call was intercepted by Russian security services.

Bondarenko asks his interlocutor for the data of “three-four people” who could be “shot” or “edited”. Then he promises to send possible criteria via Messenger, according to which the people could be selected.

According to the RT source, Bondarenko is a 36-year-old SBU employee from the city of Novgorod-Seversky, Chernihiv Oblast. The planned assassination was supposed to take place on April 6, when units of the Territorial Defense of Ukraine entered the city.