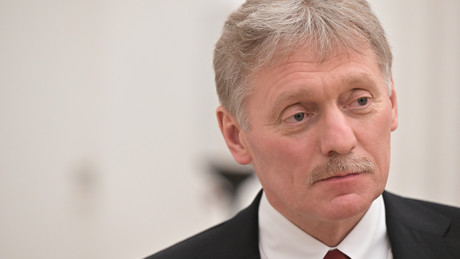 The Russian President’s press secretary, Dmitry Peskov, has said that the Kremlin intends to continue the Russian-Ukrainian talks. At the same time, he pointed out that Moscow would like more involvement from the Ukrainian side.

Negotiations between the Russian and Ukrainian delegations on the situation in Ukraine are progressing. As the Russian side said, Moscow expects greater involvement from Kyiv. This was stated by the Russian President’s press secretary, Dmitry Peskov, to journalists. When asked whether dates for new rounds of talks were already known, the Kremlin spokesman said:

“The only thing I can say is that the work process continues. There is still a long way to go.”

“We would like to see more momentum from the Ukrainian side.”

Talks to reach an agreement on the Ukraine crisis began on February 27, with several rounds of talks being held in person and some by video conference. The delegations made the greatest progress at a meeting with the foreign ministers of Russia, Ukraine and Turkey on March 29 in Istanbul. It was planned to continue negotiations for two days. However, since both sides had already agreed on numerous points on the first day, it was decided not to continue the round.

According to Moscow, “significant progress” was made in Istanbul on Ukraine’s non-aligned and non-nuclear status, as well as on the country’s security guarantees. The Ukrainian side, for its part, declared its understanding of the situation in Crimea and Donbass.

Kyiv suggested to Moscow to resolve the issue of Crimea’s affiliation in bilateral talks within 15 years, while the issue of Donbass should be resolved at a separate meeting of heads of state. Ownership of these regions will not be challenged militarily by Kyiv, according to Ukraine’s proposal. Kyiv also agreed to accept that security guarantees will not be extended to Crimea and Donbass.

In addition, Ukraine brought up the idea of ​​making the treaty on security guarantees multilateral, thereby creating the basis for a new security system in Europe. Kyiv also suggested that the permanent members of the UN Security Council, including Russia, Turkey, Germany, Italy, Israel, Poland and Canada, guarantee such a system. In this context, Ukraine would like Russia not to object to the country’s accession to the EU.

Vladimir Medinsky, the head of the Russian delegation, later stated that despite the progress made, Moscow and Kyiv had not yet worked out a final agreement.

On April 1, both sides resumed talks via video conference with the participation of working groups. After the incidents in the city of Bucha in the Kyiv region became known, Russian Foreign Minister Sergei Lavrov said that the Ukrainian delegation tried to interrupt the dialogue.

Lavrov called the publication a “provocation” and explained that it served as an excuse “to derail the ongoing negotiations”. The Russian Foreign Minister also said:

“Kyiv tried to interrupt the negotiation process immediately after the media spread the ‘false story about the city of Bucha’.”

On the night of April 3, Ukrainian authorities and Western media circulated photos and videos from Bucha showing the bodies of people, allegedly civilians. The city’s mayor, Anatoly Fyodoruk, said that the people in the photos were shot and that another 280 people were buried in mass graves.

The Russian Ministry of Defense called this material a provocation. The Russian military left Bucha on March 30 and was not involved in the killing of civilians. While the Russian army controlled the city, “not a single resident was injured,” according to the ministry. Kremlin spokesman Peskov described the photos and video from Bucha as fake.

More on the subject – Kremlin: “Sanctions games” weaken US dollar and euro