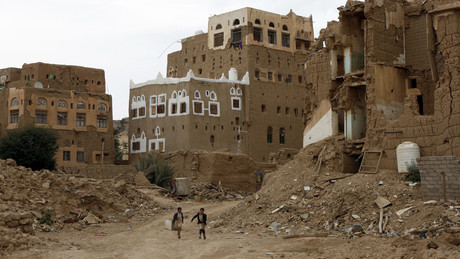 The highest body of the United Nations reiterated the call for a ceasefire in Yemen and for further political measures to resolve the conflict. The ceasefire appears to be on shaky ground, however, as reports of violations by Saudi Arabia show.

The United Nations Security Council on Monday adopted a statement backing UN special envoy for Yemen Hans Grundberg’s call for a two-month ceasefire, China’s Xinhua News Agency reports. In addition, the highest UN body expressed its satisfaction that the parties to the conflict responded positively to the call for a ceasefire.

It is important that the parties to the conflict now take further confidence-building measures, such as opening the road to Taizz and allowing the movement of goods, in accordance with the ceasefire agreement that has been concluded.

The parties to the conflict must seize the opportunity of the ceasefire and work with the UN special envoy to achieve a more comprehensive settlement of the conflict and an inclusive political solution.

The UN Security Council expressed its full support for the special envoy’s efforts to mediate talks between the parties involved. They also pointed to the need for a Yemeni-led peace process under the umbrella of the UN. Women should be at least 30 percent involved in this process, council members said.

The Security Council expressed its deep concern at the humanitarian crisis in Yemen and stressed the urgent need to fund humanitarian assistance.

Meanwhile, Houthi fighters said the Saudi-led military coalition violated the ceasefire 82 times in a 24-hour period up to Wednesday, Iran’s Mehr news agency reported, citing Yemeni sources. The militia also pointed out that the establishment of permanent military bases in various areas and the use of spy planes by Saudi Arabia constituted violations of the ceasefire.

On Monday, Director-General of Yemen’s Demining Executive Center, Brigadier General Ali Safra, said the Saudi-led military coalition had dropped more than three million cluster bombs on Yemen since it began intervening in Yemen’s civil war in 2015. Fifteen different types of Saudi cluster bombs were found in fifteen Yemeni provinces and seventy counties. By the end of March 2022, there had been 3,921 civilian deaths from cluster munition use, including 119 children.

Saudi Arabia began its military intervention in Yemen’s civil war in March 2015 along with a number of allies and with arms and logistical support from the United States and several Western countries. The goal was to restore the Riyadh-backed government to power and crush the Houthis, who had seized control of much of Yemen.