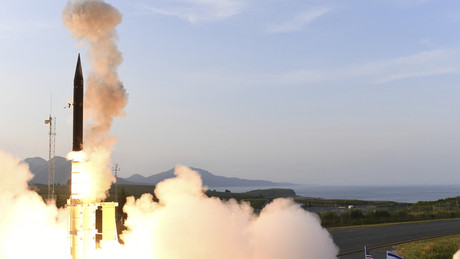 In view of the Ukraine war, Israel and the USA apparently agree to the sale of a so-called Arrow 3 missile shield system to Germany. Chancellor Olaf Scholz said the federal government was considering setting up a missile defense shield in Germany based on the Israeli model.

Israel and the United States are said to have agreed in principle to selling the Arrow 3 missile defense system to Germany. The Israeli newspaper reports The Jerusalem Post (JPost) on Tuesday, citing German Air Force Inspector Ingo Gerhartz.

Gerhartz stated Arrow 3 was the “most relevant system” for the threats Germany was facing. Israel and the US agreed to the sale.

“The Iron Dome is used for short-range threats and we have a pretty powerful industry back home and we’re going to be sourcing systems for that,” Gerhartz said. “For long-range interceptors, we have the Patriot weapon system, which we will modernize.” But as far as threats at a range of 15,000 km are concerned, Germany currently does not have an adequate long-range system. “And that’s why we’re closely examining Arrow 3, and we’re really interested in the system,” added the German Air Force inspector. This would be the first sale of this Israeli defense system to a third country. However, Germany has not yet made a final purchase decision.

Chancellor Olaf Scholz (SPD) previously said on the ARD program Anne Will that the federal government was considering setting up a missile defense shield for Germany based on the Israeli model.

Russia has deployed Iskander missiles in locations that could reach many European cities, such as Berlin. The missiles used in Ukraine fly too high to be destroyed by conventional air defense systems, the JPost comments.

The Arrow system was developed, among others, by the three Israeli companies Israel Military Industries, Tadiran, Israel Aircraft Industries with the participation of the US companies Raytheon and Boeing. It is capable of intercepting long-range missiles very high above the ground, out of the atmosphere. The Arrow defense system is said to be effective against (Iranian) strategic missile attacks. the costs for a single Arrow 3 rocket should be up to three million US dollars. Regarding the Arrow 3 missiles under discussion, former NATO general Hans-Lothar Domröse told the editorial network Germany (RND): “In Israel, this defense system against traditional missiles has been working extremely well for years.” But if Russia
If hypersonic weapons are used, no protective shield in the world can currently do anything about it.