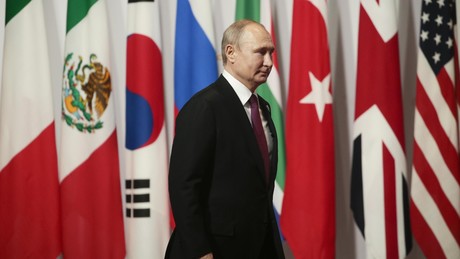 According to Bloomberg, the US authorities are trying to prevent Putin from attending the G20 summit in Bali in November. Some G20 members are also exploring the possibility of sending lower-level delegations to the summit should the Russian president arrive.

Some G20 members, including the US, are trying to persuade Indonesia to withdraw an invitation to Russian President Vladimir Putin to attend the November summit in the country. this reported Bloomberg, citing sources familiar with the talks.

According to the news agency, Jakarta was asked to at least condemn Russia’s actions in Ukraine. US officials also discussed whether President Joe Biden should stay away from the summit if Putin arrives. According to newspaper sources, he will probably attend.

A spokesman for the US National Security Council told Bloomberg that the Biden administration has discussed the situation with Indonesia and other G20 members and will investigate the matter more closely ahead of the event.

According to Bloomberg sources, should the Russian president arrive, some leaders could refuse travel and send lower-level delegations to the summit. The agency also did not rule out that the summit would end without an official communiqué for the first time.

At the end of March, the Indonesian Foreign Ministry announced that it wanted to extend an invitation to Putin because it would maintain “impartiality” and therefore invite all G20 members. According to the Bloomberg source, Putin has already received the invitation but has not yet responded.

Lyudmila Vorobyeva, the Russian ambassador to Indonesia, told RIA Novosti on April 6 that she saw no sign that Putin’s invitation could be withdrawn, but that there was pressure on Jakarta. She said:

“At the moment we don’t see any signs that Indonesia is giving in to Western pressure. At the same time, the Indonesians rightly point out that the agenda of the forum primarily includes economic issues, which, as we know, cannot be solved without Russia’s participation.”

Kremlin spokesman Dmitry Peskov said in late March it was too early to talk about Putin’s trip to the Indonesia summit. According to the Russian President’s spokesman, “nothing bad will happen” if Russia is excluded from the G20 summit.

Excluding Russia from the G20 was supported by Poland, which is not itself a G20 member. Biden indicated that if Indonesia and other countries disagree with Russia’s exclusion, Ukraine should attend the G20 meeting and be given observer status. Commenting on the proposals, Chinese Foreign Minister Wang Yi said no one could destroy the G20.