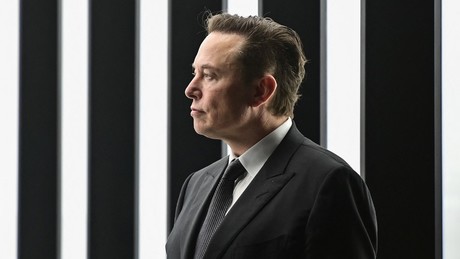 Tech billionaire Elon Musk is also moving into the company’s board of directors after surprisingly joining Twitter. Musk officially gets more influence on Twitter’s strategy. One can speculate diligently about his intentions.

Tesla CEO Elon Musk has become Twitter’s largest shareholder. The tech billionaire holds a 9.2 percent stake, the short message service announced on Monday. Twitter shares then rose more than a quarter in early U.S. trade. With a good 80 million subscribers, Musk is one of the best-known Twitter users. After his surprising entry into Twitter, Musk is now also moving into the company’s board of directors. This officially gives him greater influence on Twitter’s strategy.

The board of directors in US companies plays a controlling role – similar to the German supervisory board – but also has a stronger influence on the company’s orientation. Musk’s relationship with Twitter is not a smooth one. The billionaire is considered an advocate of unconditional freedom of expression. For example, shortly after the outbreak of war in Ukraine, he refused to use his Starlink satellite network to block Russian media. Musk wrote on Twitter:

“Starlink has been asked by some governments (not Ukraine) to block Russian news sources. We won’t do that unless by force of arms. Sorry to be a free speech absolutist.”

Starlink has been told by some governments (not Ukraine) to block Russian news sources. We will not do so unless at gunpoint. Sorry to be a free speech absolutist.

Musk also liked to mess with the short message service, in which he is now the largest shareholder. According to Musk, Twitter does not always guarantee freedom of expression. On March 25, for example, he conducted a “Twitter poll” in which he asked users whether they believed Twitter strictly adhered to the principle of freedom of expression, which is essential for a functioning democracy. The result was unflattering for Twitter. 70.4 percent of users said no to Musk’s question. Only 29.6 percent believe that Twitter allows unrestricted freedom of expression.

Free speech is essential to a functioning democracy.Do you believe Twitter rigorously adheres to this principle?

After joining Twitter, Musk also took up an older demand from users: the ability to change tweets later. Users can comment on whether they want an edit button in another Twitter poll set up by Musk. After the first hours on Tuesday night, approval was around 73 percent.

Do you want an edit button?

The non-representative survey has no direct consequences, but the freshly acquired participation of 9.2 percent automatically ensures Musk a better hearing with Twitter management. Twitter never responded to years of demands for an editing option. Exactly what Musk intends to do with Twitter remains the subject of speculation for the time being.