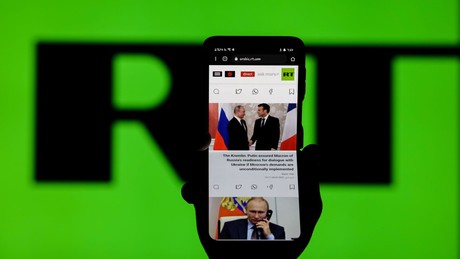 In a short report for the BBC on the Ukraine war, journalist Jonathan Beale describes the situation in Lisichansk. There, surprisingly for him, he encounters people who also hold Ukrainian President Vladimir Zelensky responsible for the war.

In a short contribution British journalist Jonathan Beale describes the situation in Lisichansk for the BBC’s live ticker on the Ukraine war. Beale begins his article in a highly dramatic manner:

“Broken glass and concrete blocks littered the streets, along with the twisted remains of steel from the shelling. In the distance we could still hear the occasional rumble of artillery […] A Ukrainian soldier led us through the mostly deserted streets to an underground shelter.”

Then follows a section in which the journalist, with the help of a translator, interviews two elderly women. To his surprise, the women do not blame Russian President Vladimir Putin for the war, but rather his Ukrainian counterpart Vladimir Zelenskiy. Beale writes:

Of course, the journalist doesn’t want to leave it that way. This is followed promptly by the helpful classification for BBC readers: the translator blames the Russian media for the older women’s point of view. The article states:

“Our translator explained that they probably saw and believed what they had seen and heard in the Russian state media.”

‘Astonishing’ that these two Ukrainian women living under constant shelling blame their own president, Volodymyr Zelensky, not Putin, for their suffering.Lucky that BBC reporter Jonathan Beale was there to dispel the ‘Russian disinformation’ https://t.co/1OvmrKrAwrpic.twitter.com/RInSvSxOgr

More on the subject – Live ticker on the Ukraine war: the number of anti-Russian crimes in Germany is increasing