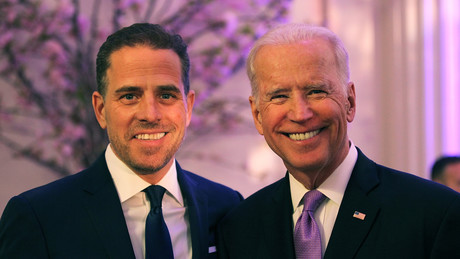 In 2017, US President Joe Biden is said to have written a letter of recommendation for a renowned university for the child of his own son’s Chinese business partner. This was reported by Fox News, citing an analysis of Hunter Biden’s correspondence.

Today’s US President Joe Biden is back in the media spotlight – because of non-transparent business activities, suspicious activities in other countries and allegations of corruption against his 52-year-old son Hunter Biden. This time, the US channel Fox News, citing the analysis of email correspondence from the younger Biden’s laptop, reported the following: In 2017, the 46th President of the United States is said to have written a letter of recommendation for Hunter’s business partner’s son authored the prestigious Brown University. This business partner was the head of the Chinese investment company BHR, Jonathan Li.

In the correspondence, Li told Hunter Biden and his other business partners Devon Archer and Jim Bulger that his son Chris had applied to several US universities, including Brown. After Li sent his son’s resume, another of the younger Biden’s business associates, Eric Schwerin, replied:

“Jonathan, Hunter asked me to send you a copy of a letter of recommendation. He had asked his father to write this for Brown University on Christopher’s behalf.”

Schwerin goes on to say that the letter was sent directly to this Ivy League university by FedEx.

At the time, BHR was working very closely on joint projects with the investment firm Hunter Bidens, Rosemont Seneca. Archer co-founded Rosemont Seneca, while Bulger and Schwerin also worked for the company. So far, there is no information as to whether the young man was actually enrolled at Brown University in the end. The White House press service is said to have refused to comment on the case.

Hunter Biden is suspected of illegal schemes and interference in his business operations in Ukraine and China. According to media reports, Joe Biden, who was Vice President of the USA between 2009 and 2017, is also said to have been involved in this activity.

More on the subject – “Laptop from Hell”: Trump calls on the Attorney General to investigate corruption against Biden