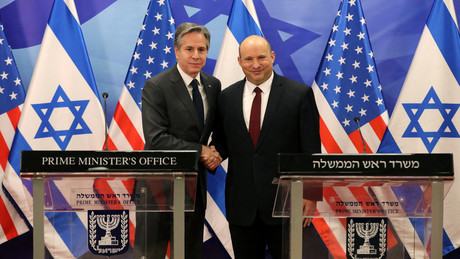 The Vienna talks to revive the nuclear deal with Iran were on the verge of a breakthrough. But now this optimistic mood in the West has turned negative. Lobbyists in Washington fear that Russia could then use Iran to circumvent tough sanctions.

The Vienna talks to revive the nuclear deal with Iran were on the verge of a breakthrough until last week, after Tehran signaled that it would comply with the latest demands from the International Atomic Energy Agency (IAEA). EU foreign policy chief Josep Borrell said at the end of March that months of negotiations on reinstating the nuclear deal with Iran were about to be concluded. It was a “matter of days,” Borrell added at the time. The foreign representative even declared that the West was “95 percent” in agreement with Tehran’s demands.

So far, the major remaining sticking point in achieving the new nuclear deal has been Iran’s request to remove the Iranian Revolutionary Guard Corps (IRGC) from the US government’s terror list. Iranian Foreign Minister Hossein Amir-Abdollahian also said recently that the issue of how to deal with the Revolutionary Guard was “definitely” part of the negotiations. “We have exchanged messages with the Americans on this matter,” he added.

Now this optimistic mood in the West suddenly turned negative. US Secretary of State Antony Blinken said on Wednesday that he was not “overly optimistic” about the prospects of reaching a new nuclear deal with Iran. In the past few days, the mainstream media has been piling up comments on the consequences of the possible lifting of sanctions against Tehran in the wake of the Ukraine war.

Lobbyists in Washington are again working hard to torpedo the possible deal with Tehran. Danny Danon, former Israeli ambassador to the United Nations, said FoxNews, lifting sanctions on Tehran could provide a backdoor for Russia to circumvent the West’s tough sanctions. “Everyone in the US is sanctioning Russia, but on the other hand, they’re working very closely with them on the Iran deal,” Danon explained.

Jonathan Schanzer, senior vice president of research at the Foundation for Defense of Democracies, claimed also recently that the nuclear deal is effectively a Russia-brokered deal. After signing the new deal, Russia will receive significant mined overstocks of enriched radioactive materials and also maintain nuclear facilities in Iran, “for billions of dollars in return, at a time when Russia is rattling its nuclear saber in the midst of the Ukraine war “. At the end of February, Russian President Vladimir Putin put the country’s so-called deterrent forces on alert. These also include nuclear weapons.

In view of the massive sanctions against Russia, Moscow has already demanded “written guarantees” from the USA that the sanctions against Russia must not impair the implementation of the new nuclear deal. According to the Kremlin leadership, the main focus is on Russia’s rights to “unrestricted trade, economic cooperation and investment, as well as military-technical cooperation with Iran.” At the same time, Russia and Iran are working together to interconnect their interbank messaging systems to bypass the SWIFT financial transactions network. Both countries face harsh Western sanctions that make it difficult or impossible to process payments for any trade via SWIFT.

The US administration is concerned that Iran, based on its experience of evading harsh Western sanctions, is teaching Russia how to evade them. That Wall Street Journal also recently revealed how Iran had circumvented sanctions against the country with a secret financial and banking system.

US Secretary of State Blinken meanwhile asked Israeli Prime Minister Naftali Bennett and other Israeli officials about their alternative to a nuclear deal with Iran that will limit Tehran’s uranium enrichment. Bennett should blink said Iran could be prevented from enriching uranium to the military level of 90 percent if Tehran knew that the US and European countries would increase sanctions to the level of those against Russia.

This statement makes it clear that Israel wants to avert a possible new deal with Iran, even though the US desperately needs the deal with Iran to cope with rising prices. In fact, US society benefited from the nuclear deal with Iran, as the US could use it to relatively stabilize rising oil prices in the face of tough sanctions against Russia – by Iran bringing its oil to the market. But lobbyists and warmongers in the West want the escalations surrounding the Ukraine war and the Iran issue to escalate, although the well-being of their own people is of little interest to them.

More on the subject – Nuclear deal: How the West tried in vain to drive a wedge between Russia and Iran