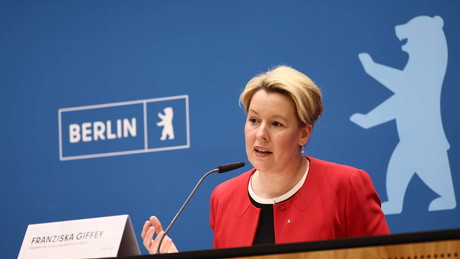 At a federal-state meeting on Thursday, negotiations were held on how the costs for taking in the refugees from Ukraine would be distributed. In particular, cities like Berlin, where thousands of people have been arriving every day for weeks, are demanding more support.

The prime ministers discussed the consequences of the war in Ukraine on Thursday. The focus was on the question of how the costs of caring for Ukrainian war refugees should be shared. The country heads also spoke about this in the afternoon with Chancellor Olaf Scholz (SPD).

The federal-state meeting also discussed how the registration and distribution of the incoming Ukrainians to the states and municipalities can best be organized. The chairman of the Prime Ministers’ Conference (MPK), North Rhine-Westphalia’s Prime Minister Hendrik Wüst (CDU), had once again pressed for concrete commitments from the federal government in interviews with the ARD morning magazine and WDR in the morning.

At their conference on March 17, the federal and state governments had agreed in principle to approach the admission of war refugees as a joint task. A working group should prepare a decision on the question of costs by April 7th. It has to be decided whether Ukraine refugees should receive benefits under the Asylum Seekers Benefits Act or basic security.

Following the federal-state talks, Scholz, Wüst and Berlin’s head of government Franziska Giffey (SPD) will inform the public about the results as MPK deputy chairmen.

Berlin’s Governing Mayor Giffey demands that the full sum of the integration costs should be borne by the federal government in the form of the so-called basic security, instead of through the federal law on benefits for asylum seekers.

Around 10,000 refugees arrived in the capital every day after the outbreak of war. Giffey does not consider the care of the refugees to be suitable under the Asylum Seekers Benefits Act. She told the Handelsblatt:

“The expectation is that the individual service will not be provided via the social welfare offices and the Asylum Seekers Benefits Act, but that the care will be processed via the job center in accordance with Book II of the Social Code.”

The purpose of the Asylum Seekers Benefits Act is to provide for people whose legal status has not yet been clarified. Ukrainian refugees don’t even belong in this group, they already have the right to help, residency and the right to work here.

Benefits under the Second Social Code, also known as Hartz IV, would come from the federal government. However, there seems to be a lack of agreement, the federal-state working group was reportedly unable to prepare a compromise that was supported by all sides for a long time.

The other two major issues are the integration costs, for example for daycare and school, and the cost of accommodation. At the moment we have a regulation that the federal government pays 75 percent of the costs. As in 2015, we want the federal government to cover all of the costs. It also needs to be clarified what the costs are for the refugees who come from other countries or have been here for a long time. Federal funding ended at the end of last year.

“We are currently making an advance payment in the three-digit million range. It’s about millions that will accrue within a few days. I expect that we’ll find a solution.” Since Berlin is an arrival hub, the costs are particularly high. “Therefore, it cannot be that we bear the costs alone,” said Giffey.

According to the Handelsblatt, citing the federal-state working group set up, the average cost for a refugee is 1,400 euros a month for accommodation, costs for health insurance companies, schools and day-care centers or psychological care for people traumatized by the war.

The federal police are currently identifying around 3,000 people from Ukraine who arrive in Germany every day. In March, that number was at times over 15,000 people a day. According to the Federal Ministry of the Interior on Thursday, 316,453 war refugees from Ukraine have been registered by the federal police since February 24. However, Ukrainians can enter the country without a visa, so the number of war refugees who have sought protection in Germany is actually higher.

Among other things, the federal states are demanding a transitional fee for the period in which they bear the costs. The sum ranges between 450 million and up to one billion euros, as the Handelsblatt writes. In addition, the federal government is demanding an integration allowance of between twelve and 75 million euros per 10,000 refugees.

The former integration commissioner for the state of North Rhine-Westphalia and current member of the Bundestag Serap Güler (CDU) agreed with the Berlin head of government that the federal government must do more: it decides whether people are allowed to come into the country and how long they stay, she told the Handelsblatt. “The federal government cannot simply pass the bill on to the municipalities.”