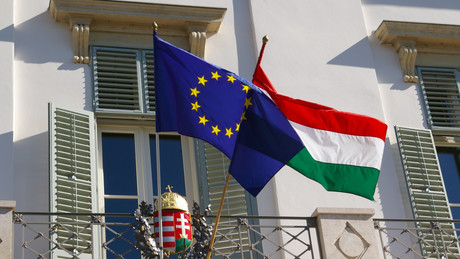 The EU Commission has set in motion a new mechanism that could result in billions of euros being scrapped from Hungary. For years, Brussels has accused Budapest of undermining democracy and violating LGBT rights.

Ursula von der Leyen, President of the European Commission, has stated in the European Parliament that her body and the Hungarian leadership “have not been able to find common ground” on the issue of anti-corruption reforms. She added that Budapest’s response to a formal request on the matter left the EU’s top body no choice but to “move to the next step”. She said:

“The Commission has today informed the Hungarian authorities that we will now send a formal letter to trigger the conditionality mechanism.”

She was referring to the instrument adopted at the end of 2020, which allows the EU to withhold aid from a member that does not comply with “the democratic principles of the Union”.

The announcement to trigger the conditionality mechanism came two days after Viktor Orbán’s Fidesz-KDNP party won its fourth consecutive landslide election victory last weekend. The victory prompted Orbán’s chief of staff, Gergely Gulyas, to urge the European Commission to accept “the basic rules of democracy” and “not to punish Hungarian voters for expressing an opinion Brussels doesn’t like”. Gulyas was apparently referring to the EU leadership’s harsh criticism of Orbán’s policies.

Johannes Hahn, the EU Commissioner for Budget and Administration, made it clear that the authority intends to speed up the implementation of the mechanism. However, suspending the funds would require additional negotiations between the parties involved and a qualified majority in the EU Council. The EU Commission will have to provide details on specific cases where rule of law breaches have directly led to misuse of EU budget funds by Hungarian authorities, meaning the process is likely to take months.

The conditionality mechanism, along with a multi-billion dollar stimulus package, was adopted by the EU in 2020 at the height of the COVID-19 pandemic and came into force on 1 January 2021. It was intended to serve as “an additional layer of protection in cases where violations of the rule of law principles could endanger or adversely affect the EU’s financial interests.”

Hungary and Poland, the main beneficiaries of the budget, have sued against the new procedure, but without success. The EU Court of Justice (ECJ) ruled in February that Brussels has the right to defend its fundamental values ​​and thus tie member states’ funding to compliance with the rule of law.

Poland and Hungary had always argued that the mechanism was not included in any of the EU treaties. They also stressed that the ECJ is exceeding its powers by authorizing such a mechanism.

More on the subject – Hungary proposes summit on Ukraine