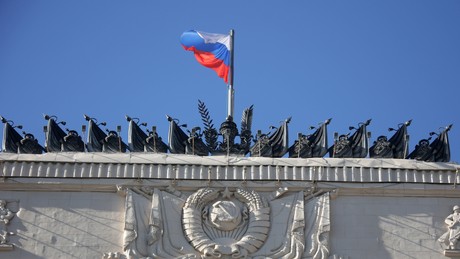 A representative of the Russian Defense Ministry said that the Ukrainian authorities are preparing a provocation similar to that in Bucha to accuse the Russian military of killing civilians. Ukraine is said to have carried out a staged shootout in the Kharkov region.

Ukrainian authorities are said to have staged a shootout in the Kharkov region to accuse the Russian military of continuing to kill civilians. This was stated by the head of Russia’s national defense control center, Mikhail Mizintsev.

According to him, the Russian Defense Ministry has “reliable knowledge” that soldiers of the 72nd Center for Information and Psychological Operations of the Ukrainian Armed Forces are allegedly preparing “further provocative material” about the deaths of civilians caused by the Russian army. The representative of the Russian Ministry of Defense stated:

“To this end, Ukrainian nationalists shelled the village of Dergachi in the Kharkov region and then filmed the destroyed buildings and the ‘many dead’ to broadcast to the Western media.”

He said journalists from “Western news agencies” were involved in the shooting and that all participants “received a $25 reward from civilians.”

Mizintsev stressed that Russia has evidence of “another terrible crime that is being prepared by the Kiev regime at the instigation and with the full consent” of Western officials. He explained:

“A similar Bucha scenario with unfounded allegations against the Russian armed forces will not happen this time.”

On April 3, Ukrainian authorities and journalists from Reuters, AFP and BBC released footage from the town of Bucha near Kyiv showing mass graves and bodies on the streets. The city had previously been occupied by the Russian military, which withdrew on March 30, according to the Defense Ministry in Moscow.

Russian military authorities considered the images a provocation and stressed that “not a single local resident was injured” as long as Bucha was under Russian troops’ control.

On April 5, the UN Security Council discussed an investigation into the Bucha events. Ukrainian President Vladimir Zelensky said that “there was not a single crime in Bucha that was not committed by the Russian military” and indicated that the perpetrators would be identified. The need for an international investigation into the Bucha events was reiterated by an overwhelming number of participants at the UN Security Council meeting.