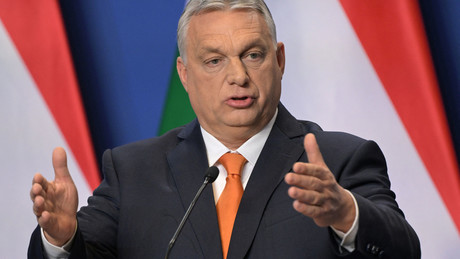 The Hungarian leadership has been criticized for trying to maintain a degree of neutrality in the conflict since the start of the Russian military operation in Ukraine. Now the Hungarian President is proposing a Ukraine summit.

Hungarian Prime Minister Viktor Orbán has said he has invited Russian President Vladimir Putin to Budapest for a meeting with leaders of France, Germany and Ukraine to urge the Russian leader to take immediate action in the ongoing military conflict between Moscow and Kyiv to declare a ceasefire. Without giving details, Orbán said, according to the AFP news agency:

“I have suggested to President Putin that he declare an immediate ceasefire.”

“His answer was positive, but with conditions.”

Orbán’s comments came after Ukrainian President Vladimir Zelenskyy demanded that Hungary have to choose between Russia and the “other world”. It is not the first time that Zelensky has criticized the Hungarian leader for what he sees as a lack of support against the Russian offensive.

“This is not our war, so we want to and will stay out of it.”

More on the subject – Orbán: Hungary will pay for Russian gas in rubles