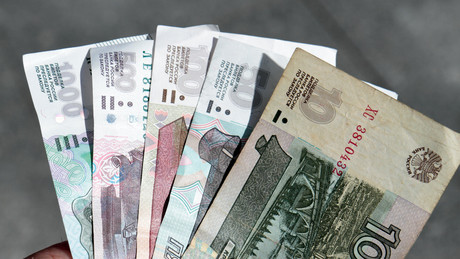 The southern regions of Ukraine have been under Russian control for weeks. Normality is now returning there and economic contacts with Crimea are being expanded. They used to form a single region with Crimea.

The southern regions of Ukraine are slowly returning to their old geo-economic form – close cooperation with the Crimean peninsula. Now this is happening under Russian custody. This emerges from the statements of the Deputy Prime Minister of the Crimean government, Georgi Muradov.

“Crimea and southern regions of Ukraine restored a unified economic complex after being liberated by Russian soldiers,” Muradov told TASS on Wednesday. Muradov is also the permanent representative of the Republic of Crimea to the Russian President.

As part of a special military operation in Ukraine, the Russian army has re-established access to the hydrotechnical node of the North Crimean Canal in the Kherson region. In May 2014, the canal was drained by the construction of a dam by Ukraine, causing significant damage to Crimea’s agriculture and water supply. Later, the Russian military blew up this dam and the canal has meanwhile been filled with water from the Dnieper.

“Now essentially a unified economic complex has been restored, which existed for many years between the Kherson, Zaporozhye and Crimea oblasts,” Muradov said. “Then [nach dem Ende der speziellen Militäroperation in der Ukraine] Of course, there will be a question of the continuation and development of the closest economic, cultural, humanitarian and human cooperation with the Kherson and Zaporozhye regions”. The Permanent Representative of Crimea also reminded that before the October Revolution, the Crimean, Kherson and Zaporozhye formed a single region – the province of Taurida.

Muradov noted that in the Russian-controlled areas of southern Ukraine, the hryvnia is being supplanted by the ruble. One of the reasons for this is the scarcity of Ukrainian currency. “Obviously not everyone has them [Griwna]because the humanitarian crisis in Ukraine is enormous,” added Muradov.

He noted that residents of the Kherson region have always maintained economic ties with Crimea. “People come, sell their good quality agricultural products and get rubles, because we don’t sell hryvnias. In this way, the ruble mass is accumulated, which leads to more and more sales,” said the Crimean representative. This is objective reality.

On February 24, Russian President Vladimir Putin announced a special military operation in response to a call for help from the leaders of the Donbass republics. He emphasized that Moscow does not intend to occupy Ukrainian territories, but the goal is to demilitarize and denazify the country. Ukraine accused Russia of an unprovoked attack. The fiercest fighting has so far taken place in the areas of Kyiv and Kharkov. The troops of the Donetsk and Lugank People’s Republics are advancing with Russian help and are about to return to their borders proclaimed in 2014.

Most of the cities in the south-eastern region of Ukraine were founded in the second half of the 18th century during the Tsarist Empire. Regardless of the outcome of the Russian military operation on Ukrainian territory, many observers believe that the land bridge between Crimea and Donetsk across Ukraine’s Black Sea territories will remain under Russian control in one form or another.

More on the subject – Crimea and Donbass connected by land corridor