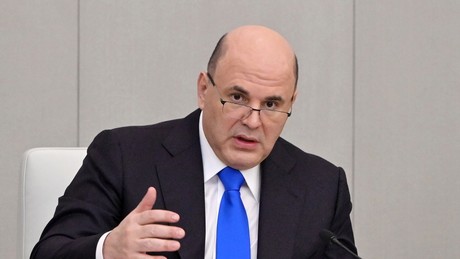 On Thursday, Prime Minister Mikhail Mishustin addressed the Duma with a speech on Russia’s economy under unprecedented Western sanctions. The message was that isolating Russia from the global economy is impossible today.

In his detailed speech on the prospects for the Russian economy in the face of unprecedented Western sanctions and the government’s countermeasures, Russia’s Prime Minister Mikhail Mishustin admitted to State Duma deputies that the current situation is the most difficult in 30 years. Nevertheless, it is already impossible today to isolate Russia from the global economy, the Russian head of government emphasized. According to Mishustin, the West unleashed a “real economic war” against Russia:

“Today, without exaggeration, the government and parliament face historic challenges and tasks.”

The prime minister pointed out that the western states had imposed sanctions on Russia that were not applied even during the Cold War. Their goal is to destroy Russia’s economy in a matter of days, setting the country back decades and isolating it from the world. But this will not succeed, explained Mishustin:

“Our country is integrated into global processes. We have allies and partners with whom we continue our cooperation.”

In the speech, the Prime Minister touched on the sensitive issue of the cessation of activities in Russia by many large international companies, as well as the complete withdrawal of some foreign companies from Russia. The Prime Minister stressed that Russia is still ready for a constructive dialogue with foreign business and respects the work and efforts that stakeholders have invested in their projects in Russia:

“But if you are forced to leave the market, the companies have to continue to operate. They offer jobs.”

According to Mishustin, the economy has survived the blow of the sanctions. The situation is difficult, but you can work with it. The government takes the situation and its responsibilities very seriously, according to the prime minister, and the authorities know what to do.