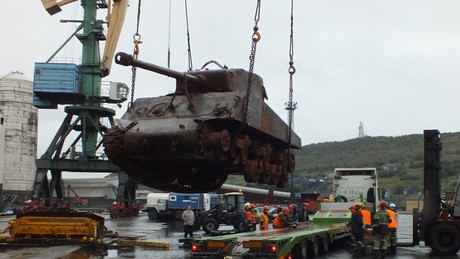 The US Senate on Wednesday unanimously passed legislation to revive a World War II-era program — Lend-Lease. This will enable US President Joe Biden to deliver weapons and other “relief goods” to Ukraine more efficiently.

The WWII-era US military aid program called Lend-Lease is to be revived, in favor of Kiev. A corresponding bill has just successfully passed the US Senate.

The members of the upper house of the US parliament were quick to approve the bill: They got the impression that the Ukrainian military could repel Russian troops, writes the US newspaper Politico. Meanwhile, Ukrainian President Vladimir Zelenskiy is asking the West (and others too) over and over again for more and heavier weapons. The Lend-Lease program, established during World War II, proved extremely helpful, allowing the US to provide its allies with military and non-military supplies without time-consuming procedural hurdles supply.

Even today, the “Ukraine Democracy Defense Lend-Lease Act of 2022”, as the bill is called, is intended to accelerate the transfer of war equipment and other military-related goods to Ukraine by removing bureaucratic hurdles. Such a law made it possible to effectively give away equipment, provided only that the recipient country would repay the US at some point in the future.

Besides the apparent misunderstanding about the reasons for the slow progress of the Russian operation in Ukraine, there seems to be another trigger:

In a brief speech in the Senate Wednesday night, Majority Leader Chuck Schumer referred to events in the city of Bucha. He rated the massacre allegedly committed by Russian forces as “pure evil” – yes, the Russian troops committed a “genocide” in Ukraine, it was said.

Only on Tuesday did the US State Department announce an additional $100 million for the delivery of Javelin anti-tank guided missiles and other material to Ukraine. This brings military aid to the country since the Russian invasion on February 24 to a total of $1.7 billion.