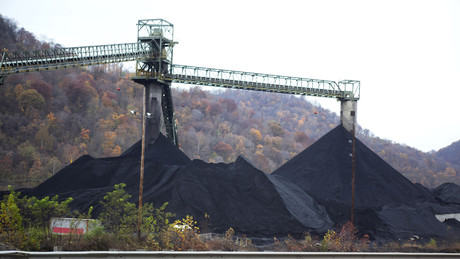 Although Brussels has decided to replace coal imports from Russia, the question remains as to where the fuel will come from. According to reports, neither US nor Indonesian nor Australian suppliers can supply enough coal.

US coal miners are unable to expand production to replace Russian coal in the European market. This was pointed out by the largest US exporter.

The comment came after the European Commission said it would impose a ban on coal imports from Russia as part of a wider package of sanctions against Moscow over the conflict in Ukraine.

“I don’t see any way for the industry to expand production. It’s like a sweet dessert that you just can’t reach.”

The US is among the top five coal exporters in the world, selling most of its coal to India, Brazil and South Korea.

According to Thrasher, most of the US coal production has already been sold under long-term contracts. There are only comparatively small quantities that can be delivered to Europe. Since coal is the dirtiest fossil fuel, there has been little investment in new capacity, the businessman explained. He added that tight labor markets and pandemic-related supply chain bottlenecks also made it difficult to deliver additional tons for export.

According to media reports, potential buyers from some EU countries have already approached Indonesia and Australia, the world’s largest exporters of thermal coal. But even these countries have limited capacities. The EU wants to get rid of deliveries from Russia, which cover 70 percent of Europe’s demand for steam coal.

After the EU announced its sanctions plans against Russia on Tuesday, US coal mine shares soared. US coal prices have risen and last week broke through $100 a tonne for the first time since 2008.

More on the subject – To the pinnacle of madness: The Energy Games are entering the next round