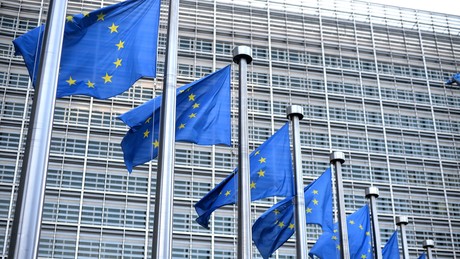 The EU has introduced a new set of sanctions against Russia. The restrictions include bans on coal imports from Russia and on Russian-flagged ships calling at EU ports, as well as on carriers from Russia and Belarus.

Brussels has imposed new sanctions on Russia, according to the European Council’s website. In the Explanation is it[called:

“The agreed package includes a number of measures designed to increase pressure on the Russian government and economy and limit the Kremlin’s resources for aggression.”

Ban on the purchase, import or transit of coal and other solid fossil fuels (oil shale, peat, etc.) from Russia; ban on Russian-flagged ships from calling at EU ports. Exceptions are possible for ships transporting agricultural products, food and humanitarian aid; restrictions for Russian and Belarusian companies when transporting goods through the EU, including in transit. Exceptions are possible for a number of products, such as pharmaceuticals, medicines, agricultural and food products including wheat, and road transport for humanitarian purposes.

The EU also imposed a blanket ban on transactions with four Russian “key” banks, which account for 23 percent of Russia’s banking market. In a statement the European Council said:

“Once the connection to SWIFT is broken, the assets of these banks will be frozen, cutting them off completely from EU markets.”

As part of previous restrictions, the EU decoupled seven Russian banks from SWIFT. VTB, Bank Rossiya, Bank Otkrytije, Novikombank, Promsvjazbank, Sovkombank and Vneshekonombank are affected. Earlier, Ursula von der Leyen, Chair of the European Commission, said the sanctions would affect VTB and three other banks, whose names she did not name.

In addition, the measures aim to eliminate “existing loopholes” in the sanctions measures. There is a ban on participation of Russian companies in public procurement in the EU, a ban on any financial support for Russian state entities, an extended ban on crypto-money deposits and a ban on the sale of euro-denominated banknotes and securities to natural and legal persons Russia and Belarus.

On April 6, Washington and London imposed new restrictions on Moscow. Sberbank and Alfa-Bank are particularly affected by the US sanctions. The assets of these banks will be frozen. Citizens and businesses in the United States are prohibited from doing business with the relevant financial institutions. Britain imposed sanctions on Moscow Credit Bank and tightened existing restrictions on Sberbank.

The European Union decided to tighten new sanctions against Russia when photos and videos from the Ukrainian city of Bucha were released on April 3 after the Russian military had already withdrawn from it. The photos and videos released by Reuters, AFP and other international media, as well as the Ukrainian authorities, show bodies on the city’s streets. Kyiv said the bodies were civilians.

The Russian Defense Ministry called the footage provocative, noting that “not a single resident was injured” during the Russian military’s stay in the city. On March 30, the Russian troops had withdrawn from there.

Russia’s Foreign Minister Sergei Lavrov called the circulated photos from Bucha a staging, while the Kremlin called them a fake and a “staged tragic show”. The aim of the recordings is to defame the Russian military.

More on the subject – Mishustin: The most difficult situation for the Russian economy in 30 years, but isolation is impossible