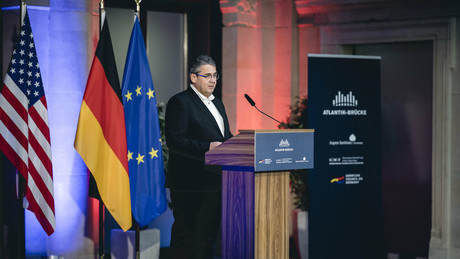 Once again, a top politician is moving to a well-paid position in business. Sigmar Gabriel – chairman of the Atlantic Bridge – wants to advance the “climate-friendly” restructuring of the ailing group as the new chairman of the supervisory board at Thyssenkrupp Steel.

Four years after retiring from active politics, the former SPD leader and former Federal Minister of Economics Sigmar Gabriel according to the mirror new chairman of the supervisory board of the steel subsidiary of Thyssenkrupp. The 62-year-old was appointed to the supervisory body of Thyssenkrupp Steel Europe as a shareholder representative on Thursday and was elected the new chairman at the inaugural meeting, the group announced. The controversial politician commented on his commitment with the words:

“In the coming months and years, groundbreaking decisions with economic, industrial policy and environmental relevance are pending.”

Furthermore, in his new role in the steel industry, he wants to show that “economic success and sustainability” can certainly be combined in climate policy in Germany.

He has a long way ahead of him. The ailing Essen group has a total of 27,000 employees. CEO Martina Merz emphasized that the situation with regard to energy costs had not improved as a result of the war in Ukraine and the anti-Russian sanctions. The exorbitant rise in steel prices did not change that much, as this only partially compensated for the considerable increases in energy prices could become.

Employee representatives and IG Metall are demanding clarity from management on how the future should look. With the enormously costly conversion to “climate-friendly production”, the steel industry is facing the biggest restructuring in its 150-year history. Merz said:

“We are still convinced that the strategy of setting up the steel business independently opens up good future prospects – even if the concrete form of implementation has to remain open for the moment due to the geopolitical situation.”

With the former Economics Minister, a very competent and experienced personality could be won, about whose salary no information was given. But a rough wind is also blowing in the face of the steel giant from the other side: Not until February criticized Major investors in the Dax group arms exports through Thyssenkrupp Marine Systems to countries such as Turkey or Egypt.