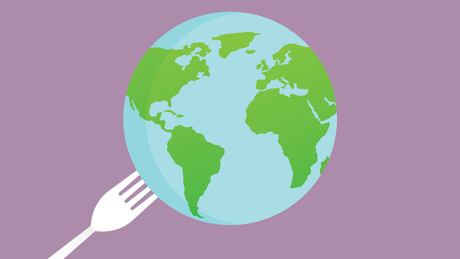 Various indices for food prices on the world market testify to the dramatic increase in prices both compared to last month and year-on-year – grain products are particularly affected.

The Food and Agriculture Organization of the United Nations (FAO) said on Friday that global food prices made a significant jump in March, marking one of the highest increases in the index’s 32-year history. The organization cites the war in Ukraine as the reason for the dramatic price increase. The rise in oil prices is also a significant factor in the rise in food prices.

The FAO food price index averaged 159.3 points in March, up 12.6 percent from February, the organization said in a press release. The index, which has been maintained since 1990, had already cracked the previous record value in February. The index is intended to be able to track the monthly changes in a selection of foods on the world market. In March of this year, the index value was 33.6 percent higher than in the previous year.

The FAO price index for grain products also increased by 17.1 percent from February to March. Both Russia and Ukraine are important grain exporters. They each accounted for around 20 to 30 percent of global grain and corn exports over the past three years.

Wheat prices rose nearly 20 percent in March. The surge was also fueled by fears of a poor harvest in the United States. The corn price rose by 19.1 percent in the same period. The prices for Geste and Millet also reached record levels.

A positive outlier of this trend is the price of rice, which, due to various regional developments, hardly changed compared to the February value and is even around ten percent below the previous year’s value.

In stark contrast, the FAO vegetable oil price index rose 23.2 percent. The dramatic increase is because Ukraine is the top exporter of sunflower oil. Due to higher demand for alternatives, prices for palm, soybean and canola oil also rose. Soybean oil prices were also boosted by concerns about reduced exports from South America.

The FAO lowered its forecast for world grain trade in the current marketing year to 469 million tons, a decrease from the level of 2020 and 2021. The organization attributes the reduction mainly to the war in Ukraine. At the same time, she expects the European Union and India to increase their wheat exports. India will also ship more corn, as will Argentina and the US, which will partially offset the loss of exports from the Black Sea region.