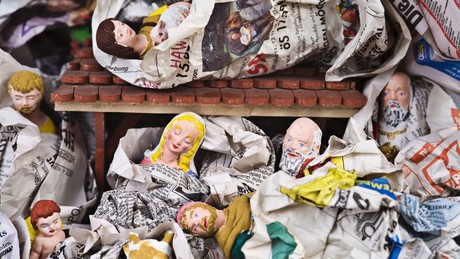 Nietzsche had declared him dead in his “Frohliche Wissenschaften”. The “Catholic Young Community” (KjG) has completely different concerns with regard to God: The image of an “old, white man” is to be overcome. There is approval for this from the FDP.

According to a report in the Bild newspaper, the “Katholische Junge Gemeinde” (KjG), a Catholic youth organization with around 80,000 members, is thinking about how God can be “gendered”.

The organization’s suggestion: Instead of “God” one should only write “God+” in the future – and possibly also say it. In this way, the idea of ​​the Almighty as an “old, white man” is to be overcome.

According to the picture, the umbrella organization “Bund der Deutschen Katholische Jugend” (BDKJ) welcomes the decision. There were also positive reactions from the FDP. The party’s LGBTI spokesman, Jürgen Lenders, told Bild:

“Everyone is allowed to imagine God as they wish. I have never identified God with a gender. If the Catholic Youth Community (KjG) thinks it is setting a sign, then that can be a good move to change awareness and to raise awareness of the issue of gender.”

The newspaper also allows a critical voice to have its say. The chairman of the student union, Adrian Klant, told Bild that he had “no understanding of such ideas”. And further:

“The left-wing ideologization of children by Catholic associations must be stopped.”

More on the subject – Because of dispute over kosher food: Israeli government loses majority in Knesset