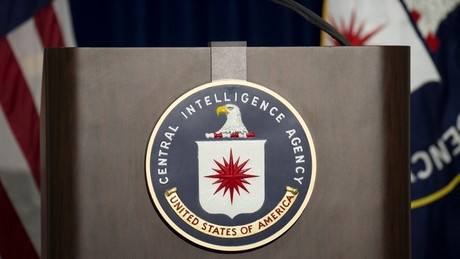 According to a report by the US news channel “NBC News”, the US secret services are pursuing a new strategy. Accordingly, even unverified secret service information should be made public in order to win the “information war” against Russia.

In a longer one contribution reports the US news channel NBC News about a new strategy of the US secret services. This includes making secret service information public, even if it cannot be verified. This is intended to forestall Russia in the “information war”.

In its report, the station quotes an unnamed US official as saying:

“It doesn’t have to be solid information. […] It’s more important to them [den Russen]especially Putin, before they do anything.”

As an example of this new strategy, NBC News cites the US claim that Russia may be preparing to use chemical warfare agents in Ukraine. US President Joe Biden had publicly taken up and repeated the allegation. However, three US officials have said there is no evidence that Russia brought chemical weapons near Ukraine. The unnamed US officials told NBC News that the US released the information “to discourage Russia from using the banned warfare agents.”

This is one of several examples of the Biden administration using declassified intelligence as part of an information war against Russia. The government did this even when the findings “were not rock solid”. The goal was to “unbalance” Russian President Vladimir Putin. In addition, they want to “anticipate and disrupt the Kremlin’s tactics”. Another anonymous source, described in the report as “a Western government official familiar with the strategy,” told NBC News that it’s also about “undermining Moscow’s propaganda and preventing Russia from determining how war is perceived in the world”.

“Get Into Putin’s Head”

According to the news channel, several US officials acknowledged that the US used information as a weapon even when there was low confidence in the accuracy of the information. Sometimes low-trust information has been used as a deterrent, as in the case of the aforementioned “Russian use of chemical warfare agents.” Another US official told NBC News that they were simply trying to “get into Putin’s head.”

The report cites the “delay of the Russian invasion by weeks or months” as the “greatest success” of this new strategy. By announcing Russia’s plans early, “the West was able to form a unified front.” NBC News in its report cites CIA director William Burns, a former ambassador to Russia, who said during a hearing in the US Congress that in all his years as a diplomat he had seen too many cases, in which the US “would have lost the information wars with the Russians”.

But this is different now. And that is “a real advantage for the Ukrainians”. According to NBC News, even Republicans are excited about the intelligence community’s new strategy. The station quotes Republican Rep. Brian Fitzpatrick as saying:

“You were spot on with your intelligence information.”

“Your decision to release, both the form and manner in which you did so, has saved lives. Sleep well and thank you for that decision.”

But the new strategy also has its pitfalls, the report continues. One of them, according to an unnamed Western official, is that “a clear mistake would extremely damage US credibility and play into Moscow’s hands.” At times, the Biden administration released information that it had less confidence in and that was more speculative.

US officials told reporters last week that they had information that suggested Putin was being misled by his own advisers because the advisers were afraid “to tell him the truth.” But the extent to which Putin is isolated or reliant on flawed information cannot be verified, Paul Pillar, a retired US intelligence official, told NBC News. Pillar literally:

“There is no way to prove or disprove these things.”

The news channel also quoted an unnamed European official and two US officials as saying that there was no solid evidence to support the claim that Russia had approached China about possible military aid. According to US officials, there is no indication that China is considering supplying arms to Russia. The Biden administration issued this as a “warning” to China not to do it. The European official called the release of this information “a public game to prevent any military support from China”.

The station quotes another US official as saying:

“When we talk about it, it doesn’t necessarily have to be solid intelligence.”

A US official contacted the network after her story was published, NBC News further reports, stating that “the US government’s efforts to strategically downgrade intelligence for disclosure to allies and the public have gone through a rigorous review process underpinned by the National Security Council and the intelligence community to validate the quality of information and protect sources and methods”.

The official added that “we only authorize the release of intelligence information when we are satisfied that both of these requirements are met.”