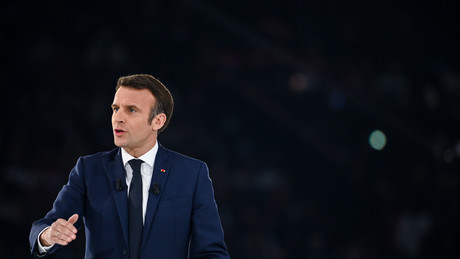 At the beginning of the week, Morawiecki commented on Macron’s diplomatic efforts in the form of regular telephone calls with Russian President Vladimir Putin with malice and oblique historical analogies:

“President Macron, how many times have you negotiated with Putin? What have you achieved?” the Polish Prime Minister teased on Monday. “Would you also negotiate with Hitler, with Stalin, with Pol Pot?”

Macron described the Polish prime minister’s statements in the newspaper Le Parisien on Friday as “shameful”. The talks with the Russian head of state are not in vain, but “useful in preparing for tomorrow’s peace”. However, he does not see a way out of the war in Europe “mid-May”.

In an interview with French broadcaster LCI on Wednesday, Kremlin spokesman Dmitry Peskov acknowledged France’s special efforts and President Emmanuel Macron’s talks and efforts to facilitate negotiations between Ukraine and Russia. France’s ex-president François Hollande, who helped negotiate the Minsk agreements after 2014, insulted the Russian president as a liar this week, but admitted that it made sense for his successor Emmanuel Macron to keep the conversation going.

Macron himself found clear words for Morawiecki, who belongs to the right-wing populist PiS party, and called him a “right-wing anti-Semite”. In addition, Morawiecki supports the French right-wing politician Marine Le Pen and thus interferes in French affairs. “Let’s not be naive: today he wants to help her before the elections.”

Poland is demanding tougher action against Russia from both NATO and the EU. On Saturday, Morawiecki said at a meeting with the President of the European Parliament, Roberta Metsola, in a reception center for refugees in Poland, given the Russian ruble’s meanwhile stronger exchange rate: “This means that all economic measures – micro- and macroeconomic, financial, budgetary and monetary – didn’t take effect as some politicians would have liked.” In some EU countries, under pressure from the economy, there is even talk of a normalization of relations with Russia, which Morawiecki strictly rejects.

More on the subject – Poland wants to confiscate Russian property