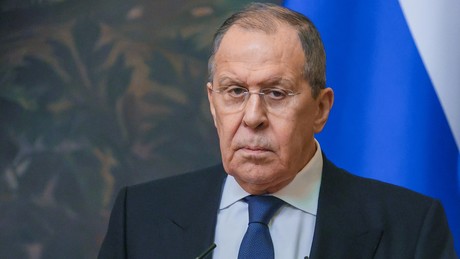 Russian Foreign Minister Sergei Lavrov has said Russia is proposing Belarus as a security guarantor for Ukraine. According to him, the list of guarantee countries is currently being coordinated. Kyiv wants to see neighboring countries and members of the UN Security Council among them.

Moscow has proposed to Kyiv to include Belarus among the security guarantors. Russian Foreign Minister Sergei Lavrov said this at a press conference after talks with his Armenian counterpart Ararat Mirsoyan.

Lavrov noted that Ukraine would like to see neighboring countries and a number of other states, including permanent members of the UN Security Council, among the guarantors of its security, subject to its neutral status. The Russian minister stated:

Lavrov also said that Russia would welcome Belarus’ participation in organizing talks between Kyiv and Moscow on a peace settlement. The diplomat said:

“Belarus is an excellent platform for the continuation of such negotiations, even if everything depends on the agreement of the parties and meetings in other countries and in other places cannot be ruled out.”

The day before, April 7, Lukashenko stated that the negotiations on Ukraine could not take place without the participation of Belarus. The Belarusian President said:

“There can be no negotiations without the participation of Belarus. If you have involved us – especially the western countries – in this matter, then, of course, the position of Belarus must be expressed in these negotiations.”

The head of state stressed that Belarus was not engaged in hostilities, but they were coming “over the fence” and seriously affecting the situation in the country. He suggested that the “three Slavic nations come to an agreement on an equal footing”.

On the same day, Vladimir Zelensky announced a meeting of potential security guarantors. The President of Ukraine named the United States, the United Kingdom, Turkey, Poland, Germany, France and Israel, but noted that this list is incomplete. France, Italy, the UK and Germany have already agreed to act as guarantors for Ukraine.

More on the subject – Lavrov: When the peace talks became good and concrete, Boucha suddenly came …