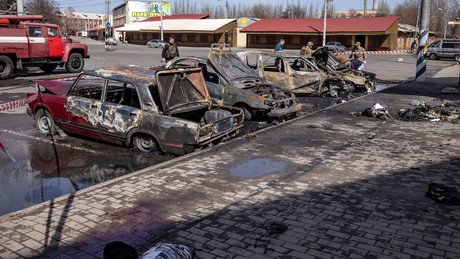 The Russian Defense Ministry has denied that the Russian military carried out a missile attack on the train station in the Ukrainian city of Kramatorsk. Ukraine is said to be responsible for the attack, which denies any statements by Russia.

The Russian Defense Ministry stressed that the Russian military did not launch a missile attack on the railway station in the Ukrainian city of Kramatorsk, even though the city is under Ukrainian control. According to the ministry, Ukrainian troops attacked the Kramatorsk train station from the town of Dobropolje, 45 kilometers away. The statement states:

“The Russian Armed Forces did not carry out or plan any shooting tasks in the city of Kramatorsk on April 8.”

The Russian Defense Ministry underlined that statements by the Ukrainian authorities about an alleged Russian rocket attack on the Kramatorsk railway station on April 8 are “a provocation and in no way correspond to reality”. The Russian military also stated:

“We expressly emphasize that the Tochka submarine tactical missiles, the wreckage of which was found near the Kramatorsk train station and whose pictures were published by witnesses, are used exclusively by the Ukrainian armed forces.”

“One should first be guided here by the statement by the Department of Defense, which rules out the use of this missile by our armed forces. Our armed forces do not use this type of missile.”

Meanwhile, the Ukrainian site published photos of Tochka submarine missiles used in the Russian-Belarusian Union Decision 2022 exercise in February. However, only the Belarusian military has these, not the Russian one, according to the Defense Ministry.

In this regard, the Russian ministry recalled that on March 14, a similar Tochka sub-missile launched by a battalion of the 19th missile brigade of the Ukrainian Armed Forces fell in the center of Donetsk, killing 17 local people and injuring 36 other civilians.