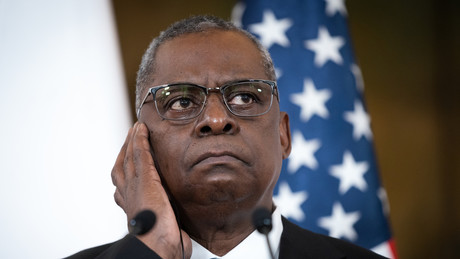 There has been little contact between the military of Russia and the United States since the beginning of the Russian military operation in Ukraine, the US Secretary of Defense said at a Senate hearing on Thursday. However, attempts will be made to speak to the Russian government.

Since the beginning of the Russian military operation in Ukraine, US military personnel have not been in contact with their counterparts in Moscow. The US Secretary of Defense Lloyd Austin said on Thursday at a hearing of the Armed Services Committee in the US Senate.

Austin and Mark Milley, US General and Chairman of the Joint Chiefs of Staff, have personally contacted their partners in Russia repeatedly since mid-February “to make sure we’re having a dialogue.” The Pentagon chief added:

“It wasn’t very successful because the Russians didn’t answer.”

While Austin expressed disappointment, he did point out:

“It doesn’t mean that we will stop addressing them. I think we have to be able to talk to the Russian leadership.”

The US Secretary of Defense had been summoned before the US Senate to answer questions about the proposed Pentagon budget for 2023, the largest in US history.

At a March 30 press conference, Pentagon spokesman John Kirby admitted there had been “no talks” with the Russian military. But he said the Pentagon was “ready to have those talks” after a reporter asked if Washington was “in touch” with Russian military leaders. Kirby added:

“It’s a two-way street. The Russians have to be ready to pick up the phone. And so far they have not been ready.”

More on the subject – Pentagon vs. State Department – Power struggle in Washington to react to the Ukraine war?