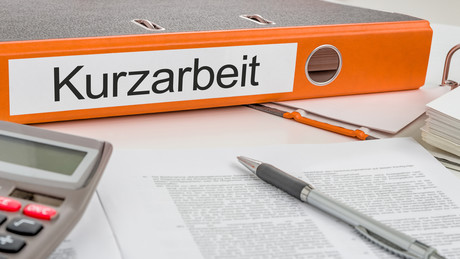 If Germany stopped receiving Russian gas supplies, the consequences would be much more serious than the pandemic. The industrial basis of Germany as a business location would disappear, warns Stefan Hartung, a production engineer with a doctorate and who is Bosch boss.

Immense pressure is currently being exerted on Berlin from many quarters – for moral reasons, one must renounce Russian energy imports immediately without any ifs or buts. This is no longer only demanded by Ukrainian and US voices, but also by morally concerned citizens in this country, with reference to the incidents in Bucha, for which Germany is otherwise jointly responsible because it is indirectly co-financed, even if there has been no investigation of the incidents to date.

Just a few weeks ago, Green Party politician Robert Habeck, in his role as economics minister, warned of far-reaching economic consequences and social unrest if energy imports from Russia were abruptly cut off. In the meantime, the constantly repeated question of whether an embargo is still ruled out seems more difficult to answer. Like Finance Minister Christian Lindner and Chancellor Olaf Scholz, Habeck continued to rule out an immediate gas embargo this week, but sounded more defensive: “We’re working on independence from Russian oil and from coal and gas.”

According to the German Institute for Economic Research (DIW), Germany could manage without Russian natural gas this year. The trick: more gas from other countries and big savings. The DIW calculated various scenarios of how it could work without these deliveries.

After that, more liquid gas could be purchased from Norway and the Netherlands, as well as via terminals in neighboring countries. In addition, floating terminals for liquefied natural gas on the German coast could be used. Germany can also be connected to terminals in southern Europe via virtual trade. However, the institute emphasized that fixed terminals do not make sense for Germany. Their construction takes too long, and the demand for natural gas will decrease in the medium term.

The DIW considers major savings to be necessary, 18 to 26 percent less natural gas consumption is possible. According to the latest information from the federal government, the share of Russian deliveries in gas has now fallen to a good 40 percent – ​​after around 55 percent previously.

According to the DIW, citizens should also continue to play an active role: Private households should heat less than usual and use less hot water, while industry should generate heat with electricity, coal or biomass. Economic researchers assume that industry can reduce its natural gas consumption by up to a third. However, production would temporarily drop significantly. It was said that there must be financial aid for badly affected companies and low-income households.

“If the German energy system is adapted quickly, the loss of Russian natural gas exports could be compensated for in the course of 2022 and the energy supply could be secured in the coming winter,” the institute announced on Friday. For this it is also necessary to fill the German natural gas storage tanks up to 80 to 90 percent as planned before the start of the heating period.

In an interview with the Handelsblatt, the new Bosch boss Stefan Hartung warned against a German withdrawal from Russian gas supplies:

“The fact is: we need gas for production,” says Hartung.

Bosch itself covers 20 percent of its energy needs with gas, some suppliers far more. In particular, semiconductor production urgently requires energy security. “If Germany unilaterally refrains from Russian gas deliveries, highly relevant elements of the supply chain will not only break away at Bosch. I am therefore decided not to forgo gas deliveries for the time being,” explains Hartung. Voices who claim that a delivery stop is feasible referred to the experience of the pandemic, which, however, only affected a manageable period. If there was no gas during a delivery stop, “we couldn’t start again, with all the consequences,” warned Hartung. The industrial basis of our business location would then disappear, “and not just for a few months”.

“We would shut down the core of German industry,” said the manufacturing engineer.

According to Hartung, this would mean short-time work for everyone as long as the state can pay for it, while in the case of Corona, trade and gastronomy in particular had to close longer – the pandemic had already had significant consequences Effects on the labor market and the social inequality. The scenario of stopping gas imports would be far more devastating.

“Anyone who advocates stopping gas supplies from Russia should honestly say all this to the population.”

Bosch does not want to withdraw completely from Russia. Bosch is continuing activities relevant to the care of the general population that are not affected by the sanctions. “We don’t want to stop them without a legal basis,” said Hartung. Instead of following the example of other companies that withdrew completely from Russia, also out of concern for their reputation, according to Hartung, Bosch is fulfilling its duty of care to all employees, around 360 in Ukraine and 3,500 in Russia.

A number of other voices from business have warned of the unforeseen consequences of an energy embargo in recent weeks. In the gas-hungry chemical and pharmaceutical industries in particular, but also in the steel, ceramics and glass industries, there are major concerns about a sudden lack of Russian energy. “A short-term and unlimited delivery stop would have massive negative effects not only on the chemical-pharmaceutical industry by autumn at the latest, but also on the entire production network of the industrial country Germany via its function in the value chain,” said Wolfgang Große Entrup, Managing Director of the German Chemical Industry Association . There is no substitute for gas.

Economists at the Hans Böckler Foundation also expect a greater slump in overall economic output than in the Corona crisis year 2020 in the event of a delivery stop. In the worst scenario, in which energy costs rise rapidly as a result of an embargo, there will be a “decrease in gross domestic product by more than six percent,” said a special analysis by the Foundation’s Institute for Macroeconomics and Business Cycle Research. According to the President of the Association of German Banks, Deutsche Bank CEO Christian Sewing, the German economy and probably also the European economy would fall into a recession, with long-term consequences.

More on the subject – Boomerang instead of leverage: Russia’s gas supplies cannot be replaced