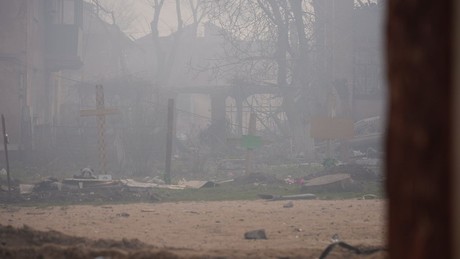 At least 5,000 civilians were killed in the city, according to Mariupol Mayor Konstantin Ivashchenko. According to him, the majority of people died as a result of Ukrainian artillery fire and because of the violent obstruction of humanitarian corridors by Ukrainian nationalists.

In Mariupol, 5,000 civilians were killed during the fighting. This was announced by the new mayor of Mariupol, Konstantin Ivashchenko, according to Russian media. He attributed such high losses to artillery shelling and the violent obstruction of humanitarian corridors for civilians by Ukrainian nationalists.

The rescued residents tell of systematic killings of civilians by Ukrainian soldiers. They took up their firing positions almost exclusively in residential areas in order to provoke return fire. Residential buildings were also indiscriminately fired upon by the Ukrainian army with grenades and multiple rocket launchers. Ivashchenko said in an interview with TASS on Thursday:

He also announced that in the near future all civilian dead who had been buried in front yards, apartment heights and at the roadside by their relatives and neighbors would be reburied and buried in a specially designated plot.