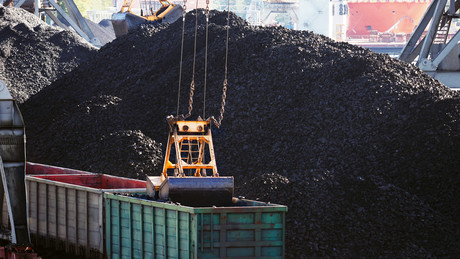 After the West excluded Russia from the SWIFT system, several Chinese companies stopped buying from the country. Now payments for Russian oil and coal exports are said to have been switched to yuan and resumed.

As the Bloomberg news agency reports, oil and coal deliveries from Russia to China are already being paid for in the Chinese national currency, the yuan.

According to the media outlet, which cites Chinese consultancy Fenwei Energy Information Service, several Chinese companies bought Russian coal in their local currency in March. The first loads are expected to arrive this month.

These are the first shipments of raw materials from Russia, paid for in yuan. According to Fenwei, both steel and thermal coal are paid for in renminbi. Until now, these transactions have been settled in US dollars. However, many Chinese prospects temporarily halted their purchases after Washington and its allies banned Russian banks from the SWIFT system.

According to traders, Russian crude oil sellers are also offering customers in China the flexibility to pay in yuan. The first batches of ESPO purchased with Chinese currency are set to be delivered to independent refiners in May, people familiar with the purchases told Bloomberg.

Data shows that Russia was China’s second largest supplier of coal last year. Almost half of the imports from Russia are metallurgical coal.

Buyers in China are interested in further exports from Russia. However, logistical and financial obstacles could ultimately limit the scope of supply, according to the China Coal Transport Association.