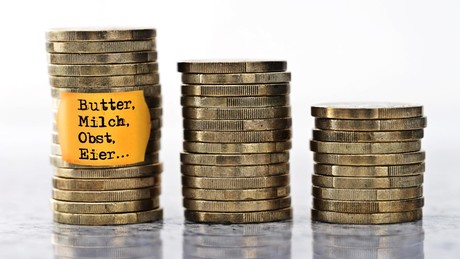 The increase in food prices has not spared the dairy industry either. The head of the association, Heuser, is now warning of a price increase that he has never experienced before. Butter, for example, currently costs around 44 percent more than last year. Heuser emphasizes: “The milk is really scarce.”

According to the dairy industry, dairy products are likely to become even more expensive after the recent price increases. The chief executive of the dairy industry association, Eckhard Heuser, told the Mitteldeutsche Zeitung on Saturday:

“The prices are rising to an extent that I have not seen before.”

According to Agrarmarkt Informations-Gesellschaft (AMI), the cheapest 250-gram pack of branded butter currently costs 2.09 euros, which is 44 percent more than a year ago. “I assume that the price will continue to rise,” said Heuser. A liter of UHT milk costs 0.98 cents. Heuser expects prices of more than one euro in the coming months.

Reasons for the price increases are increased production costs for farmers for animal feed, fertilizer and fuel. In addition, according to Heuser:

“The milk is getting really scarce.”

The total amount of milk has already fallen due to the shortage of feed and production stops at farms. Farmers currently receive a national average of 43 cents per liter of milk. According to Heuser, some dairies in Germany are already paying 48 cents.

More on the subject – Aldi, Lidl, Rewe and Edeka: food prices will continue to climb from today