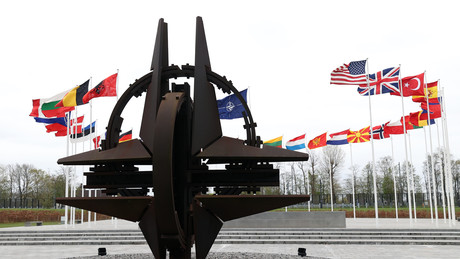 According to media reports, there is disagreement within NATO about which strategy should be pursued against Moscow. However, it was agreed that Ukraine needed further assistance.

As NATO foreign ministers meet in Brussels this week to decide how to continue assisting Ukraine in its conflict with Russia, members of the US-led military bloc are at odds over what strategy to pursue towards Moscow. The New York Times pointed this out on Wednesday, citing Western officials.

Poland and the Baltic states have spoken out in favor of a complete severing of ties with Moscow “in order to bring Russia to its knees,” according to the newspaper. Nations like Germany, France and Turkey, on the other hand, have argued that Russia cannot be forced into peace. Therefore, they want to continue the dialogue with Russian President Vladimir Putin.

All NATO countries agree that the Ukraine conflict has entered an uncertain phase and will probably not be resolved in the near future. NATO Secretary General Jens Stoltenberg has claimed that Russian troops are regrouping to launch a new massive offensive. He predicted:

“In the coming weeks we expect another Russian push in eastern and southern Ukraine in an attempt to take the entire Donbass and create a land bridge to occupied Crimea. This is a crucial phase of the war.”

Crimea has been part of the Russian Federation since 2014 after the people of the once-Ukrainian region voted in a referendum to reunify with Russia in response to the Western-backed overthrow of the Kiev government. Kyiv claims the region was annexed by Moscow and still claims peninsula as part of its territory.

Last week, delegations from Russia and Ukraine met for another round of talks in Turkey. Following the negotiations, the Russian Defense Ministry announced that it would withdraw its forces from Kyiv and Chernihiv. Kremlin spokesman Dmitry Peskov commented on the decision, saying it was a personal order from President Putin and a “goodwill gesture to create favorable conditions for further negotiations”.

Disagreements between NATO members came to a head recently when Polish Prime Minister Mateusz Morawiecki criticized French President Emmanuel Macron for his attempts to negotiate with Moscow. He explained:

“You shouldn’t negotiate with criminals, you should fight them. Nobody negotiated with Hitler.”

Morawiecki’s comments, calling for tougher sanctions on Moscow while increasing arms sales to Ukraine, come as Kyiv accuses the Russian army of alleged war crimes in the city of Bucha. Moscow denies the allegations and calls for an investigation. Peskov stressed that the videos and photos provided by Ukraine as evidence were nothing more than a “staged fake”.

French President Macron also responded to his Polish counterpart by defending his diplomatic approach. He described Morawiecki’s statement as “scandalous” and emphasized:

“I take full responsibility for speaking to the Russian President on behalf of France to prevent war and build a new architecture for peace in Europe.”