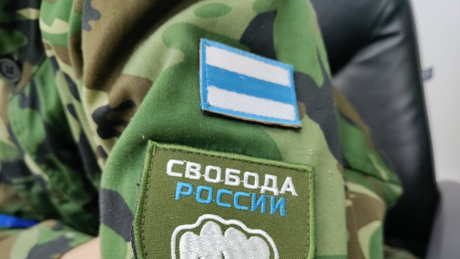 The Supreme Reconnaissance Command of the Ukrainian Ministry of Defense is therefore setting up a new battalion – the “Legion ‘Free Russia'”.

It is a exhibitto show foreign journalists: look, the true and free among Russians are fighting on the side of Ukraine against the evil in the Kremlin.

Many in Russia have already written that such a battalion is impossible to set up.

But no, that is a mistake. Unfortunately, the possibility of setting up such a unit from quite real Russians does exist. Only it will not simply be assembled from Russian prisoners.

Yes, we have already seen that three or four (former) Russian soldiers who were captured in the first days of the special operation acted as spokespersons for the unit at a press conference specially prepared by Kyiv.

They may have been processed by foreign specialists during their captivity: they helped Kyiv to put appropriate and subtle psychological pressure on the prisoners, while at the same time guaranteeing them a salary and citizenship of some European country.

However, the Kiev side is aware that even if they could assemble a whole battalion of prisoners of war, the combat effectiveness of this unit would be close to zero. You are not motivated.

Kyiv already has enough human material in reserve for its project elsewhere.

I remember hearing a number that appalled me in the winter of 2014/15: an investigator from a Russian special service indicated that in just one of Russia’s 85 regions they had intercepted around 25 representatives of football fan associations coming from the area returned from Ukraine, where they fought in the National Front against the two Donbass militias. I repeat: in only one of the 85 regions of the Russian Federation.

There were thus hundreds, if not thousands, of them across Russia.

The so-called right-wing movement in Russia was divided, and at best divided into two: a section of skinhead football fans went to fight for the people of Donetsk and Lugansk – but another large section of them habitually jumped at the swastika spider and lined up unerringly under the flags of the battalions “Azov”, “Donbas” and other impurity collection tanks for brutes.

Military correspondent Semyon Pegov shared another sinister story: legendary Donbass rebel commander Arsen “Motorola” Pavlov was busy in Moscow in late 2014. On the commuter train near Moscow, Pavlov and Pegov encountered a huge crowd of hooligans moving from car to car chanting, “Glory to Kievan Rus, Novorossiya – grab my foot!” (Lettering adapted to rhyme and in case this is read by minors.)

This case is more than revealing – and unfortunately shows the inability of the Russian security services at the time to recognize the danger: It is known that uniformed men often took right-wing skinheads and hooligans under their wing in one way or another – trusting that they helping them keep in check migrants on the one hand and National Bolsheviks on the other, both of which were a serious headache for the authorities at the time. And then those same right-wing skinheads themselves became a problem that needed to be addressed urgently.

Yes, the threat was contained then, albeit not without difficulty – but many of the violent football fans who left at the time remained in Kiev’s service. And unfortunately, with the beginning of the special military operation, those who still remained in Russia and still admirers of the habit of drawing swastikas on their stomachs and others again began to make their way to Ukraine.

The unit created by Kyiv has already been described on the Internet as the “reincarnation of the Vlasov ROA” (Russian Liberation Army).

That is true, read in the spirit of common political mythology, but at heart it is wrong.

They will form not a military, but an extremist unit, the core of which will not be courted soldiers and officers, but civilians professing neo-Nazi ideology: total enemies of the Soviets, haters of the Bolsheviks and the Soviets, destroyers of monuments to Soviet figures. It was this topic that mobilized the crowds on the Maidan in the spring of 2014 – and it is precisely this topic that still has an impact today.

Another political force that hates Bolshevism, portraits of Stalin, red flags and monuments to Dzerzhinsky is traditional Russian liberalism.

Remarkably, the organizers of the neo-Nazi unit have already marked them with the symbolism of the white-blue-white flag of Mikhail Khodorkovsky Equipped by the Russian Anti-War Committee.

More on the subject – The narrative is everything: why “Putin’s number one enemy” is being courted in Berlin despite criticism

Undoubtedly, the liberal political structures led by the Russian “voluntary exiles” provide ideological and financial support to the neo-Nazi entity formed by Kyiv.

We shouldn’t be surprised when we see how those of the Russian artists “with a bleeding conscience” who left for the West with the start of the special operation visit the “Legion ‘Free Russia'”. You’ll be happy to sing to them.

And anyone who thinks that Russian liberals are afraid of swastikas is seriously mistaken. Only red flags and “immortal regiments” frighten them. That’s what they hate with all their being.

Basically, the same scenario is played out as in the Kiev “Maidan”: The liberal intelligentsia relies on right-wing extremists to achieve victory.

Liberals themselves, it must be admitted, never fight. Volunteers on both sides of the Ukraine conflict include representatives of all sorts of political tendencies – communists, anarchists, monarchists and right-wing extremists to the already mentioned open neo-Nazis – only liberals you will never see there.

They are the mobilizing and guiding force – the friendly-faced cannibals in the deep hinterlands.

The result is an unholy alliance that we are still ashamed to name.

We have given this type of monster a name in the past – and that name is “neo-Nazism”.

But here it is neo-Nazism with a liberal back.

And now we are witnessing the formation of the liberal neo-Nazi battalion “Legion ‘Free Russia'”.

According to the plans, it is precisely these people who should come to power not only in Kiev, but also in the collective West in Russia. The Russian counterparts not only to Vladimir Zelensky, but also to Andrei Biletsky, Oleg Tyagnibok, Alexei GoncharenkoBattalion Commander Sviatoslav”Kalina” Palamar and others proverbial Dmitri Yarosh.

They made friends there, in Ukraine, and they will make friends here too. They recognized each other a long time ago.

The reader will now say: “No way, that’s impossible in Russia!”

As if that would have been possible in Ukraine. But it worked there.

More on the subject – The West turns a blind eye: Ukraine has a fascism problem

Zakhar Prilepin is a Russian writer and journalist who fought in the Chechnya war in the 1990s. He later fought as deputy commander of a volunteer battalion of the People’s Militia of the Donetsk People’s Republic in Ukraine.