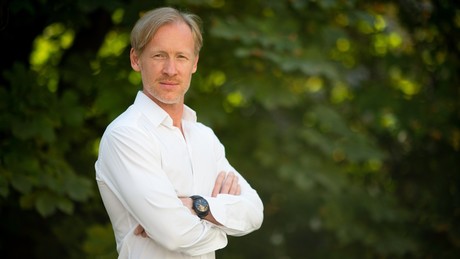 These are difficult times for Russian art and Russian artists. Almost the whole of Western Europe is delirious with everything Russian; the National Gallery in London names a picture of Degas and turns Russian into Ukrainian dancers, at concerts the music program becomes changed or long dead composers are no longer played. The most visible case was the resignation of the chief conductor of the Munich Philharmonic Valery Gergiev by the city of Munich on the grounds that he was not prepared to distance himself from Putin. Conditions like in the First World War.

This seems to be particularly common in Munich, because there has now been another incident that is reminiscent of Gergiev; at least as it is portrayed in the media. Officially, the director of Bavarian State Ballet, Igor Zelensky, left for “family” reasons. But even dpa couldn’t resist throwing a bit of dirt after the farewell. Only because Selensky is Russian (everyone may have their own thoughts about his namesake in Kyiv). Because every visible person of Russian descent in this tolerant, colorful West seems to first have to distance themselves from “Putin”, but actually from Russian politics.

Some do, like the opera singer Anna Netrebko. He was accused of appearing in Crimea. The further course portrays the Wiener Zeitung says: “When western organizers demanded a position from her, she canceled all appearances so as not to be shamefully fired. This was followed by a statement that read far more nebulously in Russian than the German translation said, then pulled After that, the pressure really increased: the singer was made to understand that her career outside Russia would be over if she didn’t make a clear statement against the war.” And Netrebko gave in. For which the same article credited her with actually always having been one of the “good guys”: “She said what she was certainly thinking the whole time: that Putin’s actions against Ukraine are a war and not a war ‘Military Action’ that their thoughts are with the victims.”

What is really amusing, however, is the reason for this Vienna article, namely that as a result of Netrebko’s statement, the Novosibirsk Opera House in turn withdrew its invitation. So it’s okay for the West to demand that they reject a military operation that, according to polls, is supported by an overwhelming majority of the Russian population, and ideally to vilify the elected president, but if a Russian institution then reacts to it, that’s fine Wrong: “It’s the sign: celebrities don’t enjoy a special status of freedom of expression. There is no need for decrees, it’s enough to be careful not to hire anyone who might disturb someone who you might be at the mercy of in some context. That is a not Russian but actually very Soviet combination of fear of a domino effect and anticipatory obedience.” Someone please explain to me how to fit these two thoughts in one head at the same time.

But back to Zelensky. The author Cordula Dieckmann at dpa, after all at the agency that copies half of the German media content, begins her ideological accusation harmlessly: “But is the family really the real reason for Selenski’s quick departure? There is a lot of speculation about that. ” That’s a clever sentence because it makes it possible to accommodate all sorts of allegations without naming a source or having to own up to it. It is just “assumed” by someone.

The evil dancer is working with a “Putin-related foundation” … Just like the language in the German press, where the person Vladimir Putin and the Russian state are one and the same, as if it were the France of Ludwig of the XIVth and not a country with democratic elections, the reader cannot tell what kind of foundation that actually is. Only one thing is clear, it is not a western-oriented one. That would not be “Putin-close”.

Which should actually raise the question of what’s reprehensible about an artist working with a foundation in his own country, state or state-affiliated. According to Dieckmann, the foundation wants to build four major cultural centers, one of them in Crimea. That’s bad, really bad. Because a cultural center can’t be a good thing if it’s a Russian one. And if it’s built on a peninsula that has always felt Russian but should want to be Ukrainian according to the West, that’s of course particularly reprehensible. Even if in this case only one Russian citizen is advising a Russian foundation that is building cultural centers on Russian territory, which actually concerns Germany and dpa as much as the question of which platform the express train from Moscow to Petersburg departs from or how high the tax on Russian cigarettes is.

But it gets even meaner. Well camouflaged, Dieckmann formulates another accusation: “Or that Selenski was under massive pressure to speak out and didn’t do so.”

However, she does not stop there. If need be, the pure statement could still be elegantly neutral, in the sense of “war is always terrible”. The State Opera also confirms this: “The State Opera only tells us that internally, Selenski spoke out against war in general.”

Yes, Dieckmann probably thought, then he could also be against the war that Ukraine has been waging in the Donbass for eight years; at least that wasn’t enough for her. In her opinion, Selenski should sign a letter that Vladimir Yurovsky, the General Music Director of the Bavarian State Opera. Born in Russia but raised in Germany, this artist had an appeal at the end of March released, which pretends to protect artists from Russia and Belarus from blanket rejection, but in reality demands that they be completely subordinate to the NATO line. I could imagine that in Russia this evokes small associations, to the historic offer to Soviet POWs to be spared if they were willing to fight in the Vlasov troops against the Soviet Union.

This appeal really has it all. It begins with the “ruthless war that Putin’s totalitarian regime has unleashed against sovereign Ukraine.” Opinions may differ about the war, but neither the Russian government nor Putin unleashed anything; there had already been a war for eight years – namely in the Donbass. And one can hardly accuse a German of not knowing anything about this war, but anyone who speaks Russian can.

But there is more. “We unreservedly support the sanctions and diplomatic pressures used against the Putin regime and its cronies, against its supporters, propagandists and information manipulators, and against any person or entity whose ties to Putin and his government are clearly documented.” This is a clear partisanship with the NATO position. At the same time, the declaration states: “Nationality should not matter – nobody would have to justify their origin or nationality.” … as long as he is in any case on NATO line.

The following paragraph really needs to be enjoyed in its entirety; it comes particularly well if you recall previously local details such as dealing with opponents of corona measures or the current hunt for the letter Z of the Latin alphabet:

“Not everyone feels able to testify clearly because such a testimony could potentially cause significant damage to the person themselves or their relatives, friends and work colleagues in Russia or Belarus. Many currently feel like hostages in their own country. Before going to the “When Putin invaded Ukraine, Putin was already invading his own country, silencing all opposition and ideologically brainwashing the population. But if we stand together, we can defeat his hate-mongering disinformation campaigns. That’s why all cultural workers who support this illegal war and the regime in charge should not support, publicly or privately, to continue their artistic activity, so as to convey and consolidate the universal message of peace.”

With “ideologically controlled brainwashing” and “hate-mongering disinformation campaign” the general music director of the Bavarian State Opera probably means, as is usual in NATO jargon, the information about the long-standing Donbass war in Ukraine. It can’t even exist because Western media don’t write about it, especially not the Munich Edelzeitung, the Süddeutsche. At the same time, Jurowski could easily educate himself on a subject-related basis; in Donetsk stands an opera housewhich had continued playing even during the worst phase of the fighting in the summer of 2014, at 2 p.m. … the employees of this opera house would be happy to explain to him what hateful disinformation is and what is not.

Even at the height of the Cold War, for example, the dancers of the Bolshoi Ballet were not required to publicly resign before being allowed to perform in the West. Jurowski acts as if he wants to protect artists, but apparently only means those who are willing to switch unconditionally to the NATO side. And the others? They’re just bad Russians. There should only be “fairness and justice towards Russian and Belarusian citizens who are not connected to Putin’s regime.” Which one can then demonstrate by “unconditionally” agreeing to the sanctions and signing off on a narrative of Russia that seems straight out of 1950s propaganda.

According to Ms. Dieckmann, Selenski should have signed this: “Many artists signed the letter, including star conductor Sir Simon Rattle, State Director [Serge] thornythe violist Tabea Zimmerman or the pianist Alexander Melnikov. Selenski’s name was not to be read underneath it, at least until Monday afternoon.” It’s not too bold to assume that this is what he was actually offered. Munich has a very loud lobby of Ukrainian exiles who ended up there with Hitler’s troops, and they are among others are not without influence at the Süddeutsche, but are certainly also making themselves felt in state institutions.That is probably the reason why, after the campaign against Gergiev, Zelenski now came into focus.

Igor Zelensky did not sign the lapel. That honors him. The kowtow is not a ballet position.

More on the subject – Russophobia didn’t start with Ukraine. She’s been brewing in the West for a long time…