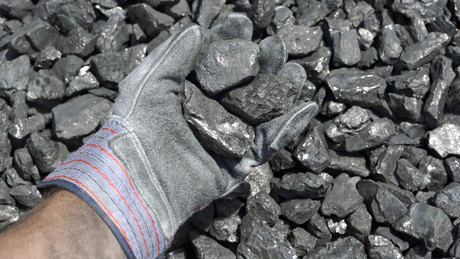 The European Union recently decided to ban the import of coal from Russia. While some European politicians are confident of being able to find alternatives quickly, experts are making bleaker forecasts.

The European Union faces difficulties and high costs in its attempt to replace Russian coal imports with other sources. Rystad Energy, an independent research and business analytics firm based in Norway, has warned of this, Turkey’s official Anadolu News Agency reported. In a report, the Norwegian company wrote:

“European consumers will have to brace themselves for high electricity prices this year as supply shortages in countries that rely on coal-fired power generation spread across the continent via the well-connected power grids.”

According to Carlos Torres Diaz, Rystad Energy’s head of electricity market research, the latest sanctions are a double-edged sword. He explained:

“Russian coal exports are worth an estimated four billion euros a year and there is no easy substitute for Russian coal in the European electricity mix. European consumers – from large businesses to households – should expect high prices for the remainder of 2022 , as coal and gas are essential to meet the continent’s electricity needs.”

Meanwhile, the prices for a tonne of coal rose to over 300 euros on the Rotterdam futures market, which is considered the leading index for the European coal market. This is the highest level since the new anti-Russian sanctions were introduced three weeks ago.

The scarcity on the coal market makes it difficult to find alternative coal suppliers who can deliver at short notice. European consumers would therefore have to be willing to pay higher prices to purchase coal. The suppliers of steam coal by sea have already reached their maximum export capacity, the Norwegian analytics company noted. While the US could make up some of the shortfall created by the loss of Russian imports, it would not be enough to cover the shortfall completely.

According to the International Energy Agency, the demand for coal grew faster than the supply last year, especially in the first half of the year, which led to a price increase even then.

According to estimates, the European market is even more dependent on Russian coal than the official figures suggest. While Russia accounts for 45 percent of coal imports into the EU, according to the European Commission’s website, the key dependency on imports of thermal coal for power generation is 70 percent, according to an analysis by the Brussels think tank Bruegel. Around 15 percent of the electricity in Europe is generated in coal-fired power plants.