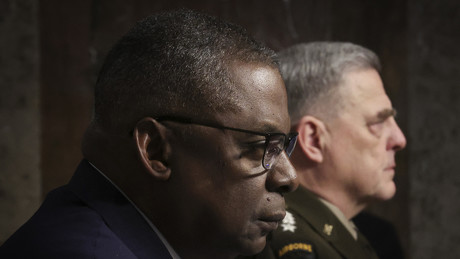 In the upcoming agreement on a possible new nuclear deal, Iran is demanding that US President Biden reverse Donald Trump’s decision to classify the Iranian Revolutionary Guard as a foreign terrorist organization in 2019. The Quds unit of the Revolutionary Guard is particularly controversial.

The United States wants to continue to classify the elite unit of the Iranian Revolutionary Guards as a “terrorist organization” after a possible revival of the nuclear deal with Iran. US State Department spokeswoman Jalina Porter said on Friday that US President Joe Biden shares the view of Chief of Staff Mark Milley “that the Revolutionary Guards’ Quds Forces are terrorists”.

At a hearing in the US Congress on Thursday, Milley said that in his “personal opinion” the Quds Brigades should not be removed from the terror list. Secretary of Defense Lloyd Austin had recently declined to answer the same question. “With all due respect, I will not comment on the ongoing negotiations and speculate as to what my advice to the President will be,” Austin said in the US Senate.

The most important outstanding issue in the negotiation of the new nuclear deal is Iran’s request to remove the Iranian Revolutionary Guards Corps (IRGC) from the US government’s terror list. Iranian Foreign Minister Hossein Amir-Abdollahian recently said that the issue of how to deal with the Revolutionary Guard is “definitely” part of the negotiations. “We have exchanged messages with the Americans on this matter,” he added.

The fact that Milley and the US government are now apparently making a distinction between the Revolutionary Guards and the Quds Force may point to a US compromise proposal regarding the ongoing nuclear negotiations with Iran.

The Quds Force is intended for extraterritorial operations by the Iranian Revolutionary Guards. General Soleimani was the main figure in foreign operations by Iran’s Revolutionary Guards Quds Forces and was assassinated in Iraq in early January 2020 on the orders of former US President Trump. He was the architect of the Axis of Resistance and instrumental in preventing the Western regime change agenda and the spread of jihadist groups in Syria and other countries in the region.

More on the subject – Nuclear deal: Israel urges US not to blacklist Iranian Revolutionary Guards