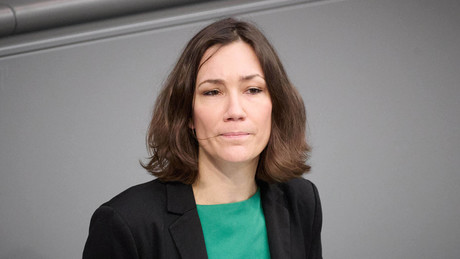 Instead of resigning, Federal Family Minister Anne Spiegel only offered a brief apology tonight. She is accused of having traveled to France for a four-week holiday in the midst of the flood disaster in the Ahr Valley when she was Environment Minister in Rhineland-Palatinate.

Federal Family Minister Anne Spiegel described her four-week family vacation after the flood disaster last summer as a mistake and apologized for it. The Greens politician emphasized on Sunday evening in Berlin:

“It was a mistake that we went on vacation for so long and I apologize for this mistake.”

She justified her decision at the time with the health of her husband, who had previously suffered a stroke. Her family needed the vacation “because my husband couldn’t take it anymore,” said the 41-year-old, who faltered several times during the statement. Spiegel has four children. She did not comment on the resignation demands from the opposition.

It had previously become known that the Environment Minister at the time in Rhineland-Palatinate had left for a four-week family vacation in France ten days after the flood and had only interrupted it once for a site visit in the Ahr Valley.

In North Rhine-Westphalia, the local Environment Minister Ursula Heinen-Esser resigned from her position on Thursday. The 56-year-old minister did so after it became known that she had met with other members of the government for a weekend a few days after the flood disaster on the holiday island of Mallorca to celebrate her husband’s birthday.

More on the subject – “Arrived at the end of the flagpole”: For the family minister, vaccination is urgently required from the age of 18