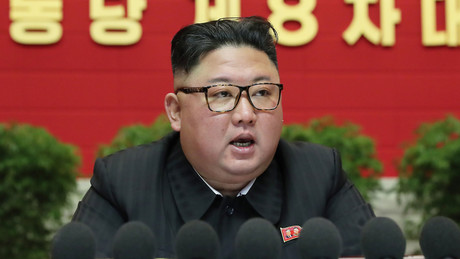 North Korean state media on Saturday sharply condemned US President Joe Biden, lamenting his “senility” and diagnosing a “problem in his intellectual ability”. US sanctions against Russia backfired, the official KCNA news agency said in the article, and Washington was the “last loser” on the world stage.

By accusing Russia of war crimes in Ukraine, the US is attempting to defame Russia and “achieve the collapse of its regime,” the article said. This is reminiscent of a “guilty party filing the lawsuit first,” it said, before the US was accused of the “merciless” killing of “millions of innocent civilians” in Afghanistan, Iraq and Yugoslavia.

Recently, Kyiv and its Western backers accused Russia of “war crimes” when they accused its troops of killing scores of civilians in the Ukrainian city of Bucha. Moscow vehemently denied these allegations, claiming the evidence had been tampered with by Ukraine as part of a propaganda campaign. The Kremlin called for a UN investigation into the incident. Before the Buchain incident, President Biden had already described Russian President Vladimir Putin as a “war criminal” who “cannot remain in power”.

To label the head of a sovereign state a ‘war criminal’ and ‘homicidal dictator’ without justifiable and validated reason […] is an insult to the other nation and a clear violation of sovereignty,” the article continued.

“Such reckless pronouncements can only be made by the descendants of the Yankees, who are masters of aggression and conspiracy theory.”

“Perhaps the anger was caused by him reading a script that his helpers had previously prepared,” it said. “If not, the conclusion might be that his intellectual faculties are deranged and that his reckless utterances are merely the imprudence of an old man his age.”

Such arguments have long been advanced by Biden’s opponents in the US, who point to the 79-year-old president’s verbal slips and apparent confusion as evidence of cognitive decline.

“The future of the United States looks bleak with such a weak man in power,” the article continues.

The article went on to claim that US sanctions against Russia only harm the US. Commentators in the US and Europe expressed similar concerns amid record high energy prices and decades of high inflation in both regions.

North Korean officials and writers had attacked US presidents before Biden: Donald Trump had already been called a “dotard”, Barack Obama a “bad black monkey” and George W. Bush a “half-baked man and philistine”.

The US policy of imposing sanctions on its foreign enemies has always been criticized by Pyongyang. North Korea itself has been widely sanctioned by the US, the EU and the United Nations, particularly over its nuclear program.

More on the subject – North Korea’s message to the West: Just ignore us, you’ll pay the price