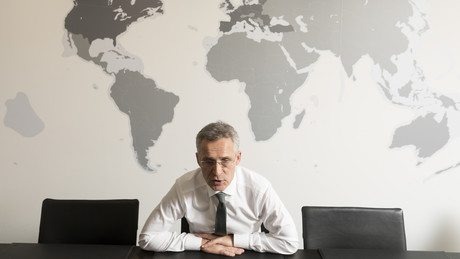 In view of the war in Ukraine, NATO Secretary General Jens Stoltenberg sees the military alliance in a “fundamental change”. In order to be able to continue to guarantee the security of Europe, however, a “reset” is necessary.

According to NATO Secretary General Jens Stoltenberg, the war in Ukraine has led to a “new reality” in Europe. “No matter when or how the war in Ukraine ends, the war is already having long-term consequences for our security,” Stoltenberg said in an interview with the British newspaper Sunday Telegraph on Sunday. “What we are seeing now is a new reality, a new normal for European security,” to which the defense alliance must now adapt over the longer term, he said. A general “reset” is necessary for this, which the military alliance wants to decide on at the end of June at the NATO summit in Madrid, according to Stoltenberg.

Before the start of the Ukraine war on February 24, the NATO presence on the eastern flank of the alliance consisted of a relatively small deterrent force, which Stoltenberg says is now to be converted into a larger and more defensible force. “We must ensure that in a more dangerous world we remain able to protect and defend all of NATO’s allies.”