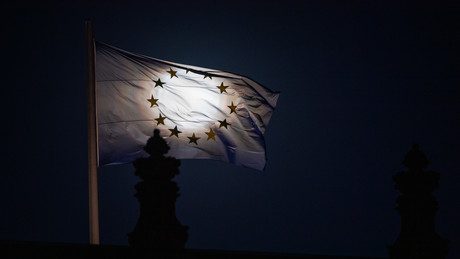 After the end of the Soviet Union, the West dreamed of a unipolar world order. In the course of the Ukraine conflict, he is now desperately trying to maintain his dominance through sanctions. But that threatens to backfire.

The European Union has decided on a “fifth wave of sanctions” against Russia. In fact, it is the sixth or seventh, if one minutely recapitulates the sequence that began after Moscow recognized the breakaway Donbass republics. But what is the use of numbering? The tragic and grotesque repeated addition of “restrictive measures” (the administrative term used) is in itself an admission of failure at the officially stated goal.

The principle of sanctions itself is illegitimate, a condensate of arrogance and interference, and a hypocritical way of waging a war without saying it. It is true that Western propaganda – from Washington to Warsaw, from Berlin to Paris – is currently outdoing itself when it comes to portraying the Russian leadership as a hideous criminal gang. But even if one shares this cartoonishly accusatory view, is that a reason to keep reinventing collective punishment, an ancient punishment as old as the first empires?

Rather, the point here is to question the rationality of this doggedness. After all, who could reasonably have imagined that the successive waves of sanctions adopted since the end of February would lead the Russian President to react along the lines of: “Oh, these measures are decidedly too painful, I withdraw my troops and ask you to apologize for the inconvenience”? However, the 27 seem to be following a very subtle principle: what didn’t work with sanctions will work with more sanctions…

This is all the more remarkable as the experiences with the first package of sanctions introduced in 2014 are now known. Moscow had overcome almost all of them within a few months. Worse – or better: the import restrictions boosted industrial and even more so agricultural production in their own country. Productivity increased significantly in a number of areas. This applies, for example, to grain cultivation: Russia has developed from a net importer into the largest wheat exporter in the world. European leaders are now angry about Russia’s role in world markets. From their point of view, a great success!…

Admittedly, the sanctions of 2022, which are steadily being tightened, are far more brutal. French Economy Minister Bruno Le Maire even let the cat out of the bag when he spoke of a “total economic and financial war” that the EU wanted to wage against Russia before he backed down on orders from the Elysee Palace. He had spoken a little too loudly what his caste was thinking softly.

The current sanctions, while heavier, have been partially anticipated by the Russian leadership, from the supply of critical electronic components to the interbank transaction system – all courtesy of China. Incidentally, Brussels’ attempt to dissuade Beijing from providing such assistance failed miserably at the April 1 summit.

And even in the extreme case of a complete blockade of Russian oil and gas imports into the EU, China has such high energy requirements that it could absorb Russia’s supply in the medium term. And the latter also has other tiny potential customers, most notably India, which is already negotiating supplies.

What is true, however, is that the sanctions (and of course the counter-sanctions decided by Moscow) will have painful consequences for the population, of course for the Russian population, but also for those in the EU countries. Additional austerity measures are to be expected here (and have already begun due to the acceleration in energy prices). But after all, this austerity, especially when renamed “austerity”, is not necessarily something EU leaders dislike…

The question of rationality can also be raised in connection with the massive dismissal of diplomats. In early April, more than 200 diplomats were ordered to leave numerous member states and their representation to the EU and return to Moscow. It is remarkable that less than 48 hours elapsed between the announcement of the “Bocha massacre”, which served as the official pretext, and the perfectly coordinated diplomatic decisions of the various capitals (whose genesis is complex).

Is it the best way to solve a crisis if you keep reducing the exchange channels? Isn’t the role of diplomacy all the more crucial the more dramatically tensions escalate?

How far can the EU go? What escalation might Washington want? As things stand, do we face a severing of all diplomatic relations – which was never the case during the Cold War? Above all, however, the question arises: How do Western politicians imagine the future? Because there will be an “after”: Whatever happens, Russia will not disappear, but will remain the big neighbor to the east. And you will have to talk to each other, reconnect and work together again.

For now, it looks like the sanctions are less an expression of sophisticated strategy and more of an impotent and destructive frenzy. In 1991, the globalized oligarchy dreamed of a unipolar world that would rule them unchallenged. Three decades later, her dream has proved an illusion – and her disaffection, a very dangerous advisor.