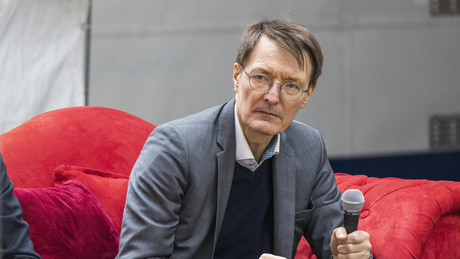 A year ago, so-called vaccination pushers were still an issue. Now the federal government has stored 77 million vaccine doses whose expiry date is approaching. As the Ministry of Health announced, the stocks have to be destroyed in “not a few cases”.

Shortly after taking office, Federal Minister of Health Karl Lauterbach (SPD) announced a “terrifying” vaccine shortage – and diligently ordered more. But now the Federal Ministry of Health admits to the world on Sunday that it is assumed that the vaccine will have to be destroyed “in not a few cases”. The ministry justifies this with the fact that “the vaccines are still only available in multi-dose containers, which, according to approval, only last a few hours when opened”. Given the current speed of the vaccination campaign, it cannot be assumed that there will be enough people willing to be vaccinated to use up all of the available doses.

Another problem, however, is undoubtedly that a large proportion of the vaccines in stock are approaching their expiration date. The federal government currently has around 77 million vaccine doses in stock. On March 21, that number was 70 million, according to a government response to a Union request. However, the Union parties criticize the further purchases because the demand has fallen sharply. At present, an average of 34,000 vaccine doses are vaccinated in Germany every day.

According to the government response, 11 million doses of vaccine stockpiles will reach their expiry date by the end of June, with another 57 million doses “expired” in the third quarter. The Union health expert Tino Sorge therefore criticized Lauterbach’s “shopping frenzy” in the world on Sunday:

“The minister no longer knows any limits when it comes to vaccine orders. He orders whatever is there – the actual need and the costs no longer play a role for him.”

According to its own statements, the Ministry of Health is now working to “extend” the shelf life of the vaccines that have already been delivered, provided that available stability data from the pharmaceutical companies could justify this. As a result, the shelf life of the vaccine from BioNTech/Pfizer has already been extended from six months to nine months, and a further extension is planned. The company Moderna has also extended the shelf life of its vaccine from seven to nine months. The company has already been asked to submit data for a further extension. In addition, ways to donate vaccines are constantly being examined.

More on the subject – Germany: Millions of vaccine doses before the expiry date