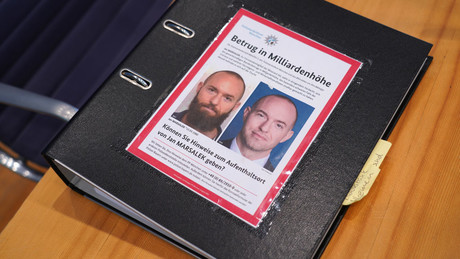 Jan Marsalek, the ex-Wirecard board member wanted by an international arrest warrant, is said to have gone into hiding in Moscow – and may still live there to this day. This is reported by the Bild newspaper. German authorities should have been aware of this since 2021. However, the Chancellery and the BND have so far shown no interest in an interrogation or arrest.

Jan Marsalek, the former board member of the now insolvent financial service provider Wirecard, is considered Germany’s most wanted manager with a criminal past. The whereabouts of the man wanted on an international arrest warrant since 2020 were previously unknown. The BILD newspaper now claims in one articleto be able to name Moscow as the whereabouts of the scammer, where he possibly lives to this day.

The Wirecard boardroom is said to have booked bogus transactions in the billions over the years in order to keep the company, which was then listed in the Dax, afloat and to cheat loans. It is one of the biggest economic scandals in German history. Wirecard left tens of thousands of small investors badly damaged.

What is explosive about the information is that the Russian domestic secret service FSB, after it became known that Jan Marsalek was in the Russian capital, made the German Federal Intelligence Service (BND) an offer to be able to interrogate the wanted person on site. The BILD article says:

“The BND headquarters in Berlin was quickly informed of the offer with a report letter. With the request for instructions as to whether a meeting with Marsalek should take place – and how the billionaire fraudster should then be questioned. Now the location of the hiding place was also known!

According to BILD information, the BND let the question from its Moscow officials come to nothing – no answer! However, Merkel’s Chancellery (Department 7: Coordination of Intelligence Services) was informed of the explosive offer of talks.”

Explosive is worded in a friendly way, because at the time the FSB asked the BND, former Chancellor Angela Merkel was preparing to make her statements in the so-called Wirecard investigative committee. Since 2020, the police and the responsible public prosecutor’s office in Munich have been trying to find out where Marsalek went underground. According to the BILD article, however, the Bavarian judiciary was simply not informed by the BND about the explosive request in 2021. A search success is prohibited. When asked by BILD about the reasons for the inactivity, a government spokesman said:

“As a matter of principle, the Federal Government does not publicly comment on matters relating to any intelligence findings or activities of the intelligence services.”

The wanted person demonstrably started his escape in July 2020 in Vienna in order to fly to Belarus with the last known information. The chronology of the events of that time:

April 28, 2020 – KPMG (int. global network of independent auditing firms), reports after months of special audit on the financial years 2016 to 2018 that essential documents are missing.5. June 2020 – Following a complaint by the Federal Financial Supervisory Authority (BaFin), the public prosecutor’s office is investigating the Wircecard board of directors for market manipulation and searching the group’s headquarters.19. June 2020 – Wirecard admits that assets of more than 1.9 billion euros probably do not exist. Wirecard CEO Markus Braun resigns.25. June 2020 – The Dax group Wirecard files for insolvency. July 2020 – Braun is arrested. Chief Financial Officer Jan Marsalek is leaving for Minsk.

Since then it has been unknown where he is. Left-wing politician De Masi, one of the formerly most active members of the Bundestag in the Wirecard case, tweeted about the latest dynamics:

For nine months until the end of June 2021, members of the Greens, FDP and Left Party researched the Wirecard scandal in order to be able to deliver a detailed report at the end. In June 2021, the Handelsblatt was able to determine the exact dimensions to name: “More than 100 witnesses were questioned. The digital file stock comprises 1.14 terabytes, the Federal Ministry of Finance alone provided the investigators with 1436 file folders.” In addition to former Chancellor Merkel, the current Chancellor Scholz was the focus of the investigations. To is it[called in August 2021 at BR24:

“2,000 pages thick, full of allegations against the authorities and above all against Finance Minister and SPD candidate for chancellor Scholz: the final report of the Wirecard investigation committee. De Masi shares the firm conviction with Florian Toncar from the FDP that the role of the German authorities and the responsibility of the Federal government had to be examined in a parliamentary committee of inquiry in the Wirecard scandal.”

“It wasn’t a scandal that happened in secret, in dark caves underground, but unfortunately a scandal that went all the way to the executive floor of the Federal Ministry of Finance, where the Chancellor campaigned for the company.”

On the circumstances of the accusations and allegations against the former finance minister in the Merkel government, today’s Federal Chancellor Olaf Scholz, titled the Handelsblatt in June 2021: “Multiple failures” – but Olaf Scholz in particular is once again on fire in the Wirecard case”. commented Regarding the statement by Olaf Scholz in April 2021:

Regarding Merkel’s testimony before the committee of inquiry it was said in April 2021 at the Handelsblatt:

“Merkel in the Wirecard Committee: “I’m grateful that I was awake”. The Chancellor’s appearance in the committee of inquiry brought hardly any new insights.”

The situation could now become more dynamic if the BILD rumors turn out to be a fact that, at least by the time the Wirecard investigations were completed in June 2021, the BND and the Chancellery together had more knowledge of Marsalek’s possible whereabouts than the members of the parliamentary investigative committee and the investigating Bavarian investigative authorities. The current federal government, currently led by a key player in the investigations into the Wirecard scandal, should therefore explain in a timely manner why the previous government failed in the spring of 2021 to arrest a billion-dollar fraudster in the interests of the German judiciary and, above all, the victims to actively support. The now former member of the Bundestag De Masi tweeted on April 11:

“The federal government must now explain immediately why the Bundestag was lied to and no official extradition request has been made so far (if the information is correct). Whether it’s Ms. Merkel, Mr. Scholz or the BND.”

In autumn 2022, the main hearing against the former Wirecard CEO Markus Braun is scheduled for the Munich I District Court. Marsalek is still officially considered “in hiding”.